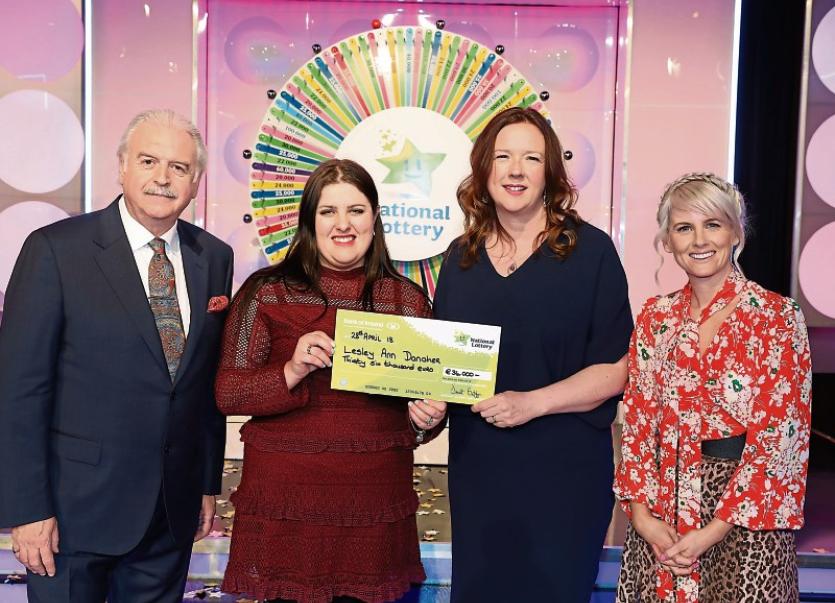 A LIMERICK woman has marked her first wedding in style by collecting €36,000 on Winning Streak, which includes a holiday to the romantic city of Venice.

Lesley-Ann Danaher, who recently marked her first wedding anniversary to husband Mike, appeared on the RTE show on Saturday night.

The 29-year-old, originally from Old Mill, near Newcastle West but who now lives in Croagh, won a tidy €33,000 in cash and a holiday to the romantic city of Venice in Italy worth €3,000.

Lesley-Ann, 29, who has worked as a quality control technician in Technopass in Ballina in Co. Tipperary for over a year and a half, was accompanied by parents, Tom and Mary, and two sisters, Ide and Vanessa from Old Mill were in the RTE studios to support her on Saturday along with a number of friends from Old Mill and from her college days in NUI Galway.

Lesley-Ann graduated with a degree in Biomedical Science in 2011 and went back to NUIG to do a Master’s in Toxicology. With her winnings from the show, Lesley-Ann is planning home improvements on her new home.