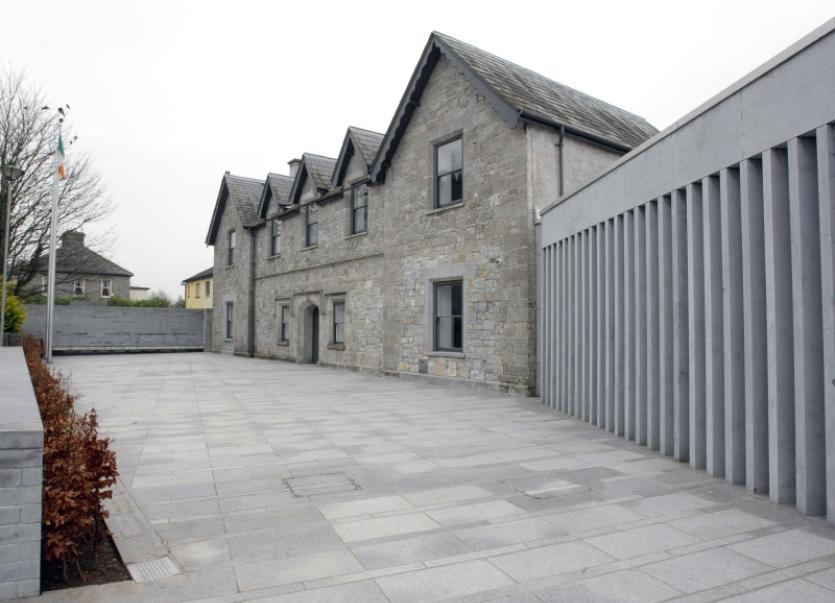 The case took over three hours in the district court in Kilmallock where damages of up to €1,500 can be awarded

A WOMAN sued her “tried and trusted” local vet in County Limerick for breach of contract over her sick puppy.

Heather Ryan, of Castlefarm, Hospital took the civil lawsuit against Andrea Schweighofer-Stuckenberg, who practices in Hospital.

The case took over three hours in the district court in Kilmallock where damages of up to €1,500 can be awarded. Ms Ryan, who represented herself, said her dog could die at home during the court case from heart failure. Ms Ryan said her boyfriend purchased a Rottweiler puppy for her on July 31, 2017.

On August 2, 2017, she said she took the dog to her “trusted vet” Ms Schweighofer-Stuckenberg] for a health check and vaccinations.

“Everything appeared to be fine. We immediately registered the dog and sent off for the microchip and licence. A few days later on August 11 she was lethargic, poor appetite and not too happy in herself. I went back to the vet and I was told she was teething. She lost a tooth on the table,” said Ms Ryan. On August 15, Ms Ryan returned to Ms Schweighofer-Stuckenberg.

“I expressed my concerns again. The vet said, ‘Let me see if I missed anything the first time’ and ‘Ah, there it is again’ followed by ‘are you insured?’

“She told me she had detected a heart murmur but elected not to tell me on the first visit as she did not want to worry me. The vet said it is not anything to worry about, that it was an innocent heart murmur and she would grow out of it,” said Ms Ryan, who changed vets later in the year.

Earlier this year, a scan showed the dog had a vessel in her heart that had not closed at birth, Ms Ryan said an operation in UCD, costing €700, didn’t work. The court heard that it wasn’t possible for Ms Ryan to get pet insurance due to the heart murmur. The dog’s only chance of survival now is a “high risk operation” to tie off a valve in her heart.

Ms Ryan said she is not blaming anyone for the Rottweiler’s ill-health.

“It’s nature. I want to recoup some of the costs we have incurred. She [Ms Schweighofer-Stuckenberg] should have told me about the heart murmur on the first day. She denied me the chance to return the puppy immediately. It was less than 72 hours after it was bought. I entered into a contract with her when I brought the puppy that she tell me all the information. This has been a rollercoaster for me and my family. Even as I am sitting here in court the dog could be in heart failure - only the left side of her heart is working,” said Ms Ryan.

Barrister for Ms Schweighofer-Stuckenberg, Thomas Wallace-O’Donnell sympathised with Ms Ryan on her sick dog. He said what his client did regarding addressing the matter [heart murmur] at the follow-up appointment was entirely appropriate.

“Even if she had told you it wouldn’t have many any difference to the dog’s health,” said Mr Wallace-O’Donnell. Ms Ryan said she would have returned the puppy immediately and she is in this position because she wasn’t told about the murmur.

The barrister said the 72 hours return time was “arbitrary” and she had no breeder to tell the court this. Ms Ryan said when she was told on August 15 they had become attached to the puppy.

“She is a family member. There is no attachment in the first 72 hours as such. It would have been easier to take her back,” said Ms Ryan. Mr Wallace-O’Donnell said: “There is no evidence that you couldn’t have returned the dog after you were informed of the heart murmur on August 15.”

Ms Schweighofer-Stuckenberg took the stand and said she “barely” heard a heart murmur on August 2.

“It doesn’t say anything about disease. It is turbulence in the flow. I thought when I gave the puppy its booster on August 15 it would be gone,” said the vet.

The barrister asked why she didn’t tell Ms Ryan about the murmur on August 2. Ms Schweighofer-Stuckenberg said she suspected it would be gone and “Heather can get very excited about certain diseases”.

“She has had a few animals who were not very well. She would be very concerned If I told her. Upto 15% of large breed puppies have this innocent heart murmur. I was not concerned at all,” said Ms Schweighofer-Stuckenberg, who described what she did as “common practice”.

Ms Ryan said she had dealt with a previous dog having to be put down very calmly. “She [vet] took away my options of returning the dog and getting insurance by not telling me on the first occasion,” said Ms Ryan.

Clare Meade, a vet called for the defence, said she had read all the correspondence between the parties. Ms Meade said Ms Schweighofer-Stuckenberg didn’t have to inform Ms Ryan on August 2 of the heart murmur.

“Thirteen days made no difference” said Meade, who added that to check it again at a later date was normal practice. In her experience, Ms Meade said breeders are happy to replace pups for many months afterwards. Ms Ryan said it was “riddles upon riddles”.

In summing up, Mr Wallace-O’Donnell said there was “no evidence whatsoever” that his client did anything “remotely wrong”.

“There are vague assertions that she could have returned the dog before August 15 but not after. It is absurd. To make a claim against a professional person and simply throwing out allegations is completely inappropriate,” said Mr Wallace-O’Donnell. Ms Ryan said her claim is for breach of contract.

“I entered into a contract with the vet on August 2. Animals are classed as goods. I had my goods checked. Everything that was found was not told to me. I am in the position I am in today because of August 2. By August 15 we had an emotional attachment to the puppy,” said Ms Ryan.

On returning, Judge O’Leary said: “I find no evidence of breach of contract, duty or negligence against Ms Schweighofer-Stuckenberg considering the treatment of a puppy on August 2 and accordingly dismiss.” Costs were awarded against Ms Ryan.