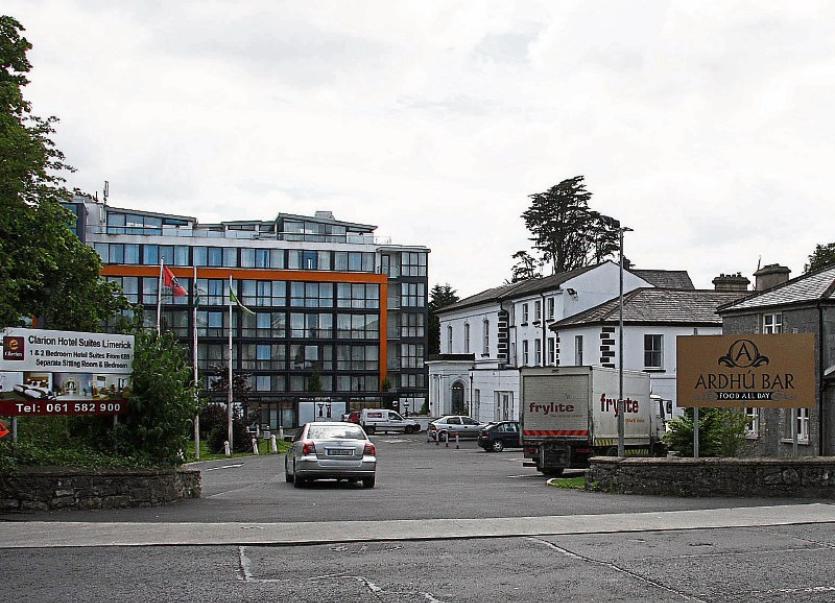 NAMA is to put a former hotel in Limerick on the market for more than €5m.

The Limerick Leader can this week reveal that the for Limerick Clarion Suites site, beside the Ardhu Bar, is to be sold by Nama, with an agent due to be appointed to handle the sale in the coming weeks.

The site has been in the agency’s ownership since 2010 when the previous landowners, Budelli Construction collapsed into receivership.

And while planning permission is in place for 61 apartments at the site, it’s understood several proposals have already come forward for alternative uses, including a health park and the restoration of the hotel.

“It’s going on the market with all these options in place,” a source close to the development said. “It’s probably the best development site in or around the city.”

But these proposals proved controversial, with over 50 residents lodging formal objections.

It’s understood the thinking behind this is the fact there is a housing shortage here – and a feeling that if new jobs were to emanate in the city centre, these people would need places to live.​ But opposition came in the proposed density of the development – with an additional four apartments and nine houses in buildings separate to the old Clarion Suites apart-hotel.​

Long-serving local Fine Gael councillor Michael Hourigan, who lives near the site, said he would be all in favour of the redevelopment of the site.

“It’s a special area in the city of Limerick, with foliage and trees.

“The whole layout is something pretty special there. There is nothing worse than a derelict site, and every year tit goes by, that site in the old Ryan hotel is going downhill. It’s getting more dilapidated as the days go by,” he said.

Cllr Hourigan admitted his preference would be for the restoration of the site as a hotel, saying: “That would be my first love”.