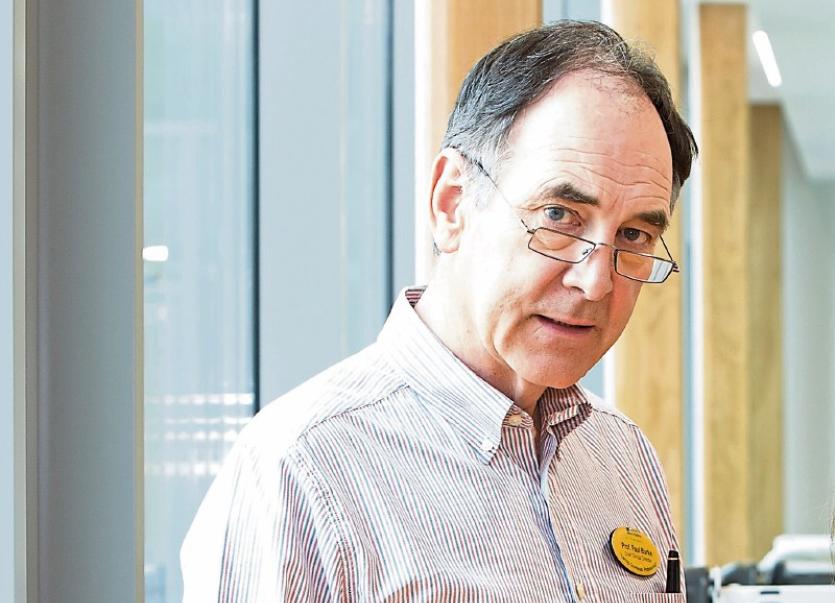 THE BELIEF that overcrowding could be alleviated by reopening St John’s, Ennis and Nenagh emergency departments is a “total red herring”, the chief clinical director of the UL Hospitals Group has said.

Speaking at a press briefing at UHL last week, Prof Paul Burke said that if the old emergency department were reopened “the patients won’t use them”.

“They come because people don’t get sick very often. But when they do get sick, or they’re worried, they say 24 hours’ discomfort is worth it, but if I need a CT I will get a CT. If I need to see a neurologist, I will probably see a neurologist. At that level, the services are really, very, very strong.

“It’s just that people don’t like waiting and people don’t like discomfort. In the midst of it, you have groups of people who genuinely do need care. And if they are old and vulnerable, and if they are in the midst of this overcrowding, they do seem to be the victim. But arguably the model of that is that they shouldn’t be here in the first place, we should have them somewhere else,” he told reporters last Thursday.

UHL’s emergency consultant Dr Damien Ryan argued that it is “not feasible to have emergency departments everywhere”.

“From a consultant and non-consultant perspective, in reality, we can provide an injury service at St John’s, Ennis and Nenagh, with governance from the emergency consultant group here. We would not be able to provide an emergency medical service with a full on, all-singing, all-dancing emergency department in any one of the three hospitals,” he explained.

According to preliminary data, there were in excess of 67,800 emergency department attendances at UHL last year.

When asked if it was possible that any of the former emergency departments could be reopened, Prof Burke said:

“From a defacto point of view, those emergency departments aren’t really that different. I can go to the figures, when we looked at it all 10 years ago, Ennis used to see 12,000 patients a year. Ennis is now seeing, in its local injuries unit, nearly 13,000 patients. The numbers of patients in these units, in fact, isn’t dramatically different. They’re just called something different. They have an acute medical unit and they have a local injuries unit. Arguably that is better than what they had before. All they had before was a unit where everything just came in.”

According to the latest data, 70% patients are not admitted and are discharged directly from the emergency department.

“There is a notion out there that a lot of the work that happens in the emergency department at night is related to alcohol and drugs. It’s a proportion but it’s not a massive proportion. I think that’s almost an urban myth that is perpetrated and continued over the years. Most of what we do on a Saturday night or a Friday night is medical and surgical acute pathology. It’s trauma, it’s sick people, with very, very complex medical conditions. The alcohol- and drug-related stuff is relatively minor,” he said.

According to the statistics, released by the Irish Nurses and Midwives Organisation, there were 1,022 patients on emergency department trolleys and on additional trolleys or beds in the wards at the Dooradoyle facility last month.

The lowest ever March overcrowding was recorded in 2007, with just 42 patients on trolleys, the figures show.