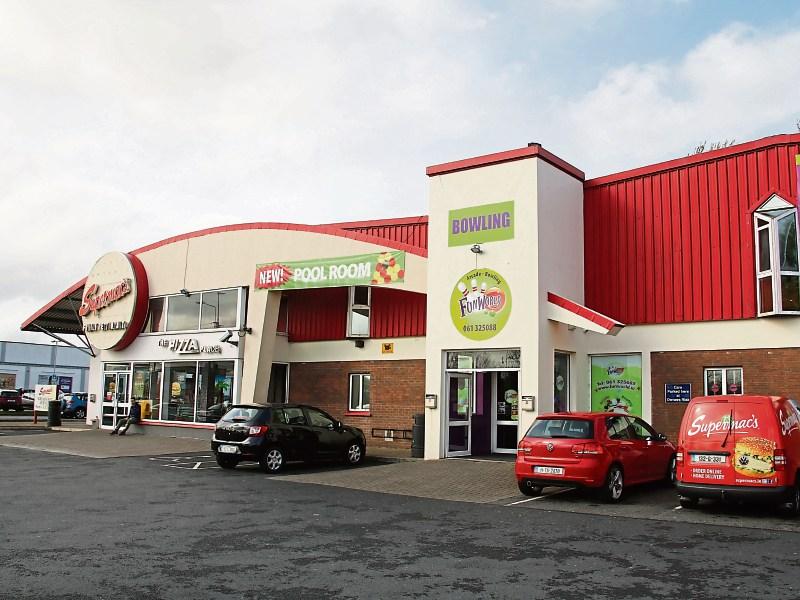 The incident happened in the car park of the Supermacs / Funworld where up to 40 teenagers had gathered Picture: Adrian Butler

THE mother of a young man who was viciously attacked near a fast-food restaurant in Limerick has said her son is lucky he was not killed.

A major garda investigation is underway following the incident which involved a group of up to 40 teenagers who had gathered in the vicinity of Supermacs and Funworld on the Ennis Road in the city at around 9pm on April 14, last.

The 21-year-old University of Limerick student was attacked after he got out his car after it was struck by an object which was thrown at it.

The victim, who is from County Limerick, sustained a fractured cheekbone and several broken ribs and has had to postpone his upcoming exams because of his ordeal.

“This wasn’t just one punch, It was kicks, they had him on the ground, he fell over and they started kicking him on the ground,” said his mother who added that but for the intervention of a member of the public who lay on top of him she believes her son would have been killed.

“She lied on top of him and she told the lads to stop. I don’t know who she is but she possibly saved his life,” she told the Leader.

CCTV footage from the area which has been seen by this newspaper, shows a large number of young people gathering in the car park of Supermacs and Funworld from around 8.45pm on the night of the incident.

They can be seen loitering there for almost half an hour in the lead up to the assault.

In the footage, some appear to be drinking and there is a general sense of intimidation in the area.

A number of minor scuffles can be seen while some of the teenagers can be seen standing on walls and throwing objects at each other.

John Lyons who owns the Supermacs premises says what happened on the night was shocking.

“This was a gang of 40 youths drinking which was very intimidating and I have never seen anythying quite like it before so it was shocking,” he said,

“There was a real gang mentality, the young lad got of the car after it was damaged and they literally attacked him in a group. They could have killed this guy and that is the bottom line and people need to understand that,” he added.

While gardai were alerted and were on the scene within minutes, the culprits had fled by the time they arrived.

A garda spokesperson confirmed that witnesses have been spoken to and CCTV footage obtained as part of the investigations.

The Leader has learned the car which the victim was driving has also been forensically and technically examined.

Anyone with information about what happened is asked to contact either Henry Strreet or Mayorstone Park garda stations.

So far there have been no arrests.