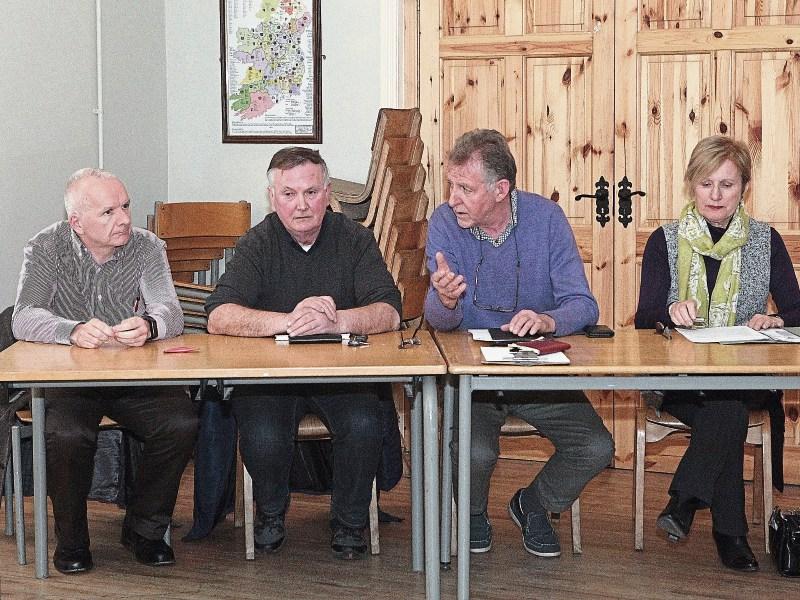 JOHNSON & JOHNSON (J&J) has been praised after the firm withdrew plans for a controversial wind turbine near its Plassey factory.

The Limerick Leader this​ week revealed, following a public outcry, that the firm is to go back to the drawing board, and resubmit plans for the 100m high structure this summer.

It came after a meeting between management at the firm, local residents and metropolitan area councillors.​

One member present, Cllr Marian Hurley, who lives in nearby Annacotty said: “It was great to have had residents’ questions answered directly by J&J executives at our second meeting last week. I welcome the decision to postpone the planning application to facilitate further engagement with local residents.”

J&J had sought permission from Limerick City and County Council to construct a second structure near to its factory in Plassey, where it produces disposable contact lenses.

But in a statement released to this newspaper, the firm said: “As a good neighbour, and as a major contributor to the local economy J&J Vision Care (Ireland) is happy to take more time to do further work to better understand the concerns raised.”

Plant manager Barry O’Sullivan said a new application is likely by mid-June – but pledged to have local residents examine the proposals before they go to planners.

“We have contact details for people with specific concerns in relation to the project, and we will be following up with these individuals to help resolve these,” he said.

Residents have a number of concerns over the project, including the noise which is allegedly already emanating from J&J’s first turbine, shadow flicker, and damage to the local scenery.

Questions have also been raised about the location of the new mast – and why it is planned to be 20 metres higher than the existing one in Plassey.

Fine Gael councillor Michael Sheahan said: “I’m not in favour of another mast there. I’m not sure it’s the correct area to be putting it in. But for the moment, I am happy the application has been shelved, pending the resolution of the issues other residents have.”

J&J says the new turbine is crucial to copperfasten employment at the plant, and to ensure its growth. It’s also key, they say, to ensuring the company meets its environmental targets by 2020.

Mr O’Sullivan said if Irish energy regulations change, the company could look at installing a wind turbine further away from the Plassey site, potentially easing the concerns of residents. But at the moment, the firm, which has 1,500 workers on site each week, says this is not a possibility.

Senator Kieran O’Donnell, who was present at a meeting of residents in Monaleen GAA club last week, added: “These meetings have been very positive. They have agreed to work on this, and they’re going to look at this matter again, carry out technical work and consult with residents.

“We are all looking for ways to tackle climate change, but it must be done in the context of consultation with residents.”

Councillor Joe Pond, who organised last week’s meeting, said: “Even though they are a multi-national company, J&J has listened to the concerns of local residents. Following last Tuesday night’s meeting, there is now a dialogue between J&J and residents.

“I hope the issues residents raised can be addressed. It shows the commitment J&J has to Limerick and Annacotty.”