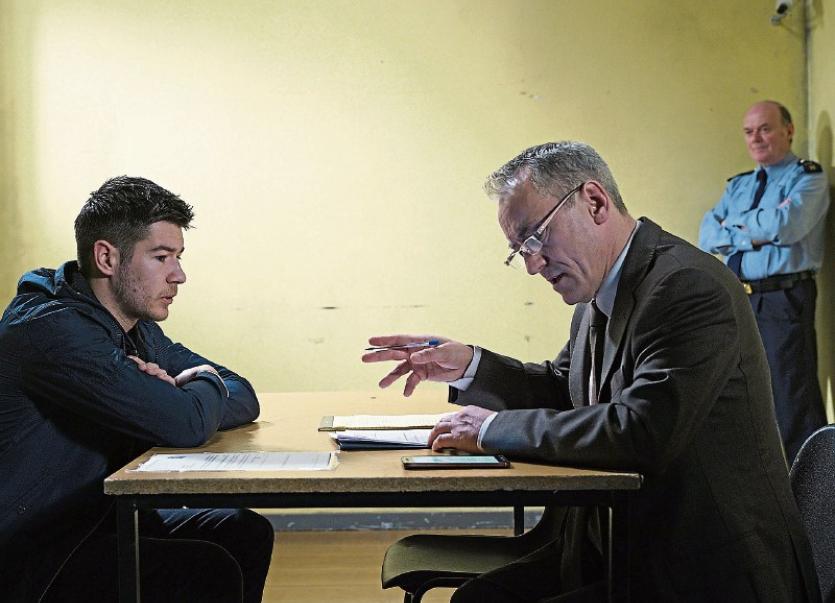 A LIMERICK actor has made his Fair City entrance as a major character in the show’s current scandalous storyline.

Mungret man Nigel Mercier is playing Detective Inspector Yates, who is investigating the murder of Karen on the show.

The actor has previously appeared on Glenroe, Love/Hate, and the film Cowboys and Angels, but spends most of his time running Limerick School of Acting in the city.

“Fair City is fantastic. It’s tough work, with very long days and long scenes and an incredible amount of script to learn, but needless to say I’m loving it,” said Nigel.

“This is four episodes a week in comparison to one episode a week on Glenroe, so it’s a different routine and a very hectic schedule. It’s filmed four or five weeks in advance.

“At the moment, Sean has been hauled in, and he’s been ticked off the list. And our attention turns to Oisin because of his dubious past, and his horrible text messages that he has been sending to Karen, and Wayne is also under the spotlight.

“I started in March and it was originally supposed to be for three months, but they’ve started throwing a bit more in as the scripts are being written, so we don’t really know where this is going to end up. There could possibly be a romantic interest very shortly for Detective Inspector Yates. He has his eye on someone,” the actor revealed.

The thespian teacher knew a few people before joining the Fair City cast, including two former students of his at the school of acting.

The actor who plays Paul’s son, Oisin, is Cratloe man Stephen Ball. Oisin and Detective Inspector Yates are currently facing off in the central murder storyline.

“It’s really jumping in at the deep end, as this is a huge storyline for Fair City, and it’s getting quite a lot of interest. I’m in every episode, so it’s a fantastic character to get,” said Nigel.