Masked councillor on Irish Cement plans: 'Is this what we want for our children in Limerick?' 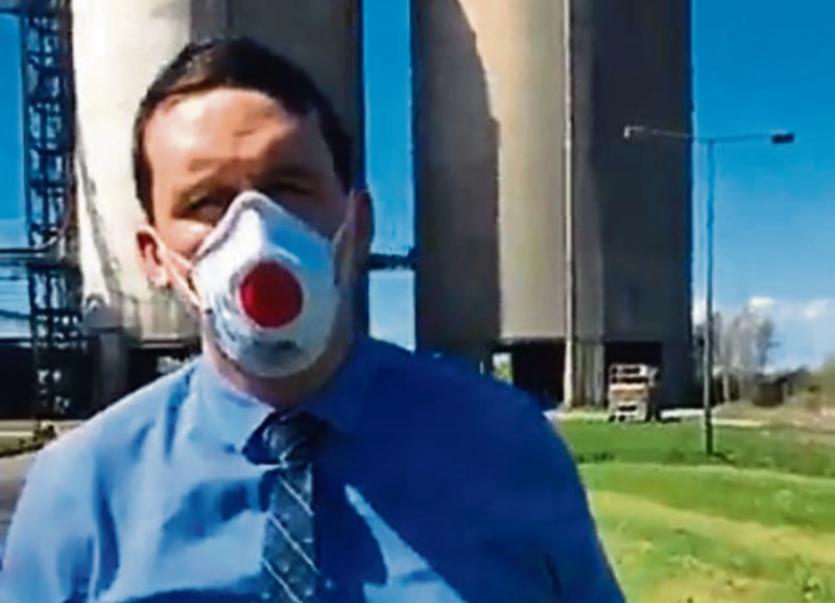 LIMERICK city councillor Frankie Daly has demonstrated, in a piece-to-camera while wearing a ventillation mask, what he thinks will happen if Irish Cement’s tyre burning proposals go ahead.

But now the focus switches to the Environmental Protection Agency, which will ultimately decide whether Irish Cement can switch away from petrol coke as part of its reform package.

Irish Cement has always insisted its reforms will not lead to an increase in emissions – with plans protecting the 80 jobs on site, as well as creating new roles at the facility.

But Independent Cllr Frankie Daly who represents the Limerick City North district, wants An Bord Pleanala’s decision overturned at a judicial review in the High Court.

“Is this what we want for our children’s future in Limerick?” he says in a live video posted on Facebook, as he approaches the camera with a ventillation mask.

“It’s time we took back people power. We need to go to the High Court. This is not what we want for our children’s children.

“Small things on their own mean nothing. But, collectively as a group, we can take on Irish Cement. We can go to the High Court and overturn this.”

He then takes off the mask.

“I am speaking on behalf of myself as a Limerick citizen. I want to see a bright green future for Limerick. Not smog, dust and everything got to do with a dark image. If this goes ahead, there is a very regretful precedence set in Limerick. It will be the start and the end of a greener Limerick.”