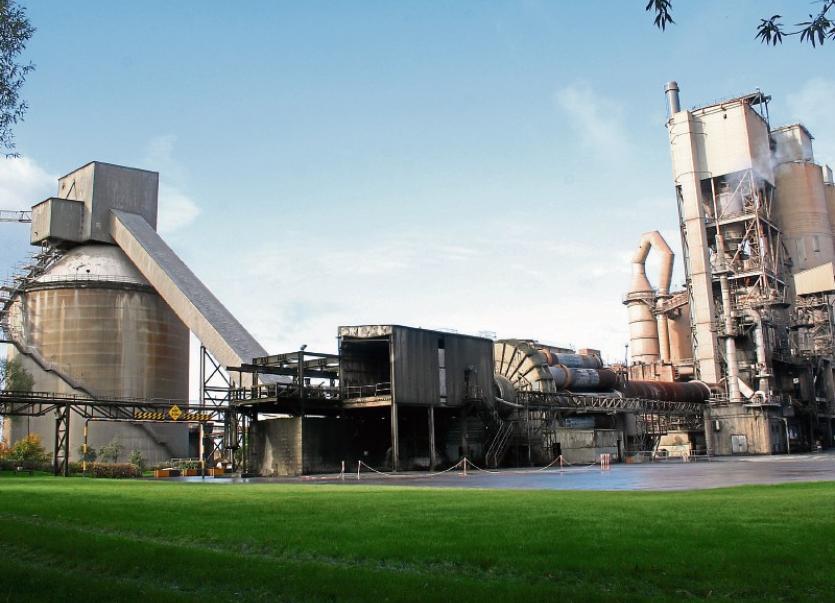 Irish Cement has been granted permission for its controversial plans

There was a rare moment of cross-party unity at this week’s meeting as councillors once again stated their opposition to the Irish Cement’s €10m blueprint to switch away from fossil fuels and instead turn to the material from used tyres and solid recovered waste in Mungret.

An Bord Pleanala has given the firm the green light to start the building of the facilities to store these items, and the Environmental Protection Agency (EPA) will decide in mid-May whether or not to allow the relevant change to ​Irish Cement’s operating licence.

Cllr James Collins prepared the motion, which also called on the EPA to refuse the change to Irish Cement’s operating licence. It was seconded by Cllr Jerry O’Dea.

Without such a licence, the firm will not be able to go ahead with its reforms, something it has previously said will put the plant’s future in jeopardy.

Cllr Daniel Butler, who lives the closest to the plant, said his reaction is one of “shock” and “extreme disappointment”.

“Arms of the state like these are meant to protect people. Instead, it has cast a dark shadow over Raheen, Dooradoyle and Mungret,” he said.

Limerick Against Pollution (LAP), the main body set up in opposition to the plans is crowdfunding in a bid to seek a judicial review against the plans.

But Cllr Butler said with the bill potentially €100,000, “we need to take stock and take our time”.

Cllr Malachy McCreesh added: “As an elected representative, I realised early on in the planning process that our voices counted for nothing when it came to making decisions that had serious impacts on the health of our communities. The EPA is the next decision maker in this process. It will only be people power that will allow the EPA understand the strong opposition.”

Cllr Joe Leddin said: “We are all distraught with this. There was such a level of opposition to this. We are building a new suburb in City West, and it’s disappointing there will be a black cloud over this community.”

Both Cllrs Séighin Ó Ceallaigh and Michael Hourigan expressed concern that the new fumes emanating from the plant could get into the food chain, with cattle within a 30km radius potentially – they claim – affected.

Meanwhile, LAP will hold a public meeting on Friday, April 29, to decide on its next steps. Taking place at the South Court Hotel, it begins at 7.30pm.