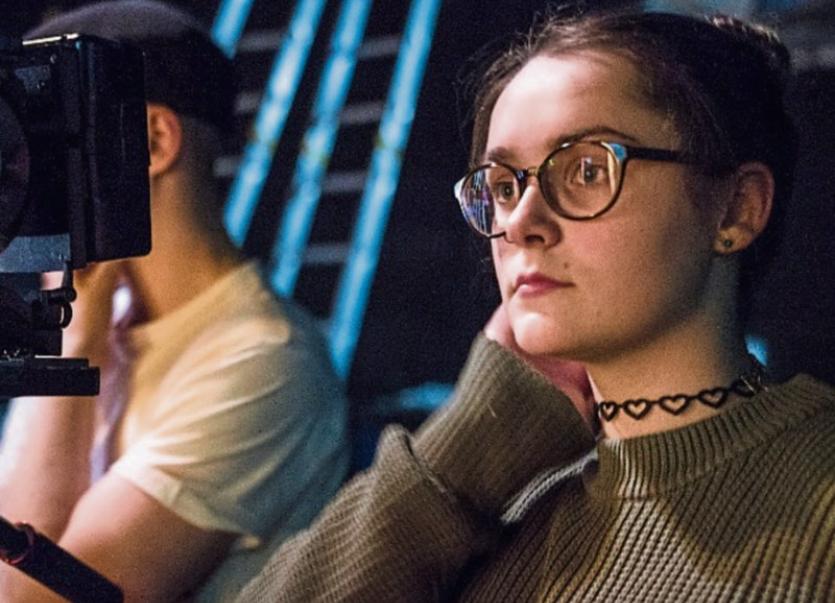 Rachel, who will turn 20 next week, was one of just 30 young filmmakers, aged under 24, to have her film selected at the French film festival.

A CASTLECONNELL teenage film director will have her work shown on the silver screen at the prestigious Cannes Film Festival this summer.

Rachel McGill, who is just 19, has started her film career with a bang as her project The Ban will be included in the coveted Creative Minds category and the famous Short Film Corner.

And the Castleconnell native has yet to complete her academic studies, as she is in the middle of her second year of Film and Television Production at the Dun Laoghaire Institute of Art, Design and Technology.

Rachel, who will turn 20 next week, was one of just 30 young filmmakers, aged under 24, to have her film selected at the French film festival.

“This gives me the opportunity to meet industry professionals, have them view my work and hopefully create working relationships with them,” an elated Rachel told the Leader this week.

She explained that the film, The Ban, is “about a group of foster kids in a dystopian society where anyone different is cast out. They escape a raid on their home but soon come to the grim reality that they will have to conform to this new society in order to survive”.

The Limerick element doesn’t start and stop with the up-and-coming film director; The Ban was filmed in partnership with the County Limerick Youth Theatre.

“I took a few months to write the script with the help of my art director Rebekah Bustos. After the script was finalised, I took a week with the kids to teach them the filming process, acting for screen etc and the week after, we shot. Many of the kids took minor roles on the crew and cast. It was a great week of fun. We didn't finish the edit until quite recently though. So all in all the best part of a year,” she said.

When she discovered that she was selected for the Cannes screening, which takes place between May 8 and May 19, it was a “surreal moment”.

“I got an email about the opportunity, I had no idea if it would be selected or not but I decided to take the chance anyway. It was quite a surreal moment, once I found out all the details and what a huge opportunity it would be I knew I had to go, whether it killed me or not!”

Both Rachel and art director Rebekah are fundraising to attend the festival in order to promote their work and to push their careers further.

“We need the best part of €3,000 which is a huge ask. We’ve had great help already from our family and friends but we still need another push in order to go,” adding that people who wish to donate can do so by visiting the Go Fund Me page at www.gofundme.com/rebekahandrachelcannes.

“I’m mostly excited for the networking opportunities. This kind of thing really has an impact on the careers of young filmmakers like me. There are going to be so many amazing people I will get to meet and hopefully will get to work with in the future,” she said.