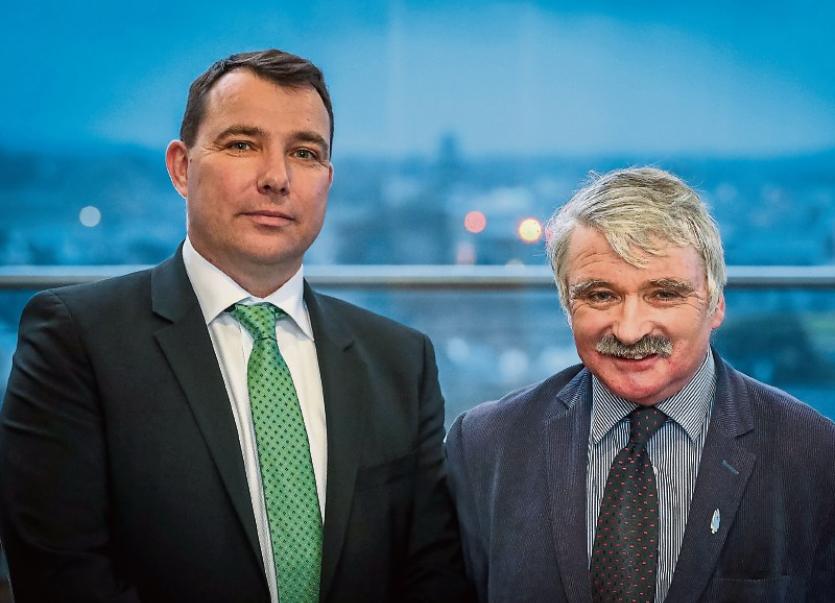 WILLIE O’Dea has set his sights on an economic ministry should Fianna Fail return to government, after being selected to again run in the next election.

With many commentators predicting the 32nd Dail will not last much longer than this autumn’s budget, parties have been putting in place their candidates across the country.

And last Thursday night at the Strand Hotel, it was the turn of Fianna Fail in Limerick, who will run a two-man ticket for the first time since 2011.

Joining polltopper Mr O’Dea in putting his name forward was Dooradoyle-based councillor James Collins, who will hope to benefit from his new running mate’s huge vote getting ability.

These were only two names put forward, and both were thus automatically selected to represent the party at its convention chaired by former Shannon Development chairman John Brassil, now a Kerry Fianna Fail TD.

Mr Brassil played up the possibility of Mr O’Dea returning to the cabinet table, and added if the party can return two TDs in Limerick City, it will be on course for government.

Mr O’Dea, who was first elected to the Dail in 1982, said: “Obviously I would love an economic ministry if one were available. But it would be an honour to serve at the cabinet table again.”

He believes the last seat in the city is “there to be fought for”, saying: “There are a number of variables. How will the other contending parties do? What will be the mood of the country at the time? Will the Taoiseach’s honeymoon period be over?”

First elected in 2009, Cllr Collins is a high-profile presence on Limerick City and County Council, leading the Fianna Fail bloc in the metropolitan district, and also being a member of the Limerick Twenty Thirty development company.

All the main parties have now picked their election candidates in Limerick City, with sitting TDs Jan O’Sullivan and Maurice Quinlivan to run for Labour and Sinn Fein respectively, plus Kieran O’Donnell and Maria Byrne seeking Fine Gael seats.