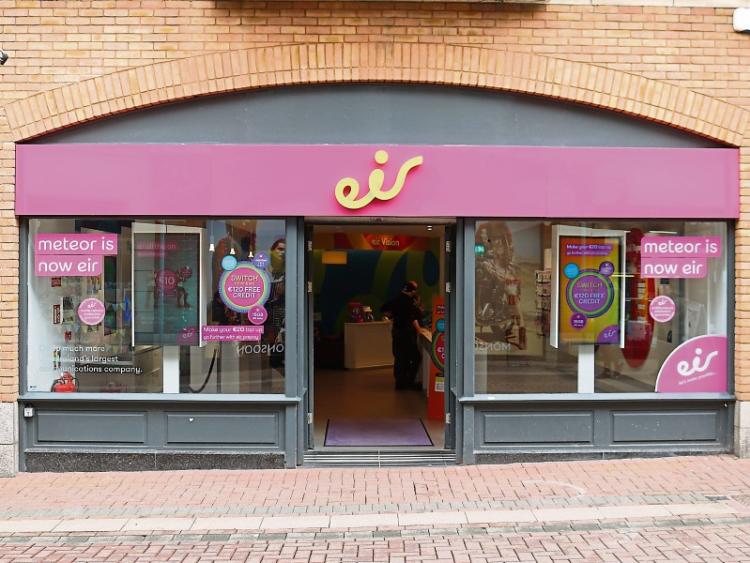 Eir in Cruises Street is set to close in May PICTURE: ADRIAN BUTLER

THERE is bad news on the retail front in Limerick this Tuesday after it emerged telecommunications firm Eir will close its city store in May.

Some seven staff working at the Cruises Street store have just been informed by the firm of its decision to cease trading.

Local Independent councillor Frankie Daly said he is disappointed by the closure.

“Jobs are what make the world go around in this city. A job is a basic need, and to see any job being lost is a travesty,” he said.

“We hear of all the big jobs announcements, but we don’t hear of these small job losses. I am very disappointed to hear this for the families. People have bills and the cost of living is higher. It’s a sad day.”​

The Limerick City Business Twitter account, curated by Leader columnist Nigel Dugdale stated: “Sorry to hear that Eir on Cruises Street is to shut with redundancies. Comes on back of closure of Thorntons and Monsoon. Cruises Street is like Lanigan's Ball of Limerick retail. We urgently need to address retail scenario in city.”

Sorry to hear that Eir on Cruises St is to shut with redundancies. Comes on back of closure of Thorntons and Monsoon. Cruises St like Lanigan's Ball of Limerick retail. We urgently need to address retail scenario in city pic.twitter.com/PEepASd4ce

Fianna Fail councillor Vivienne Crowley, who chairs the economic committee, added: “In terms of a loss, it was a really long standing store in Cruises Street. Especially in terms of the revitalisation of Cruises Street. Hopefully the shop will be filled as soon as possible.”