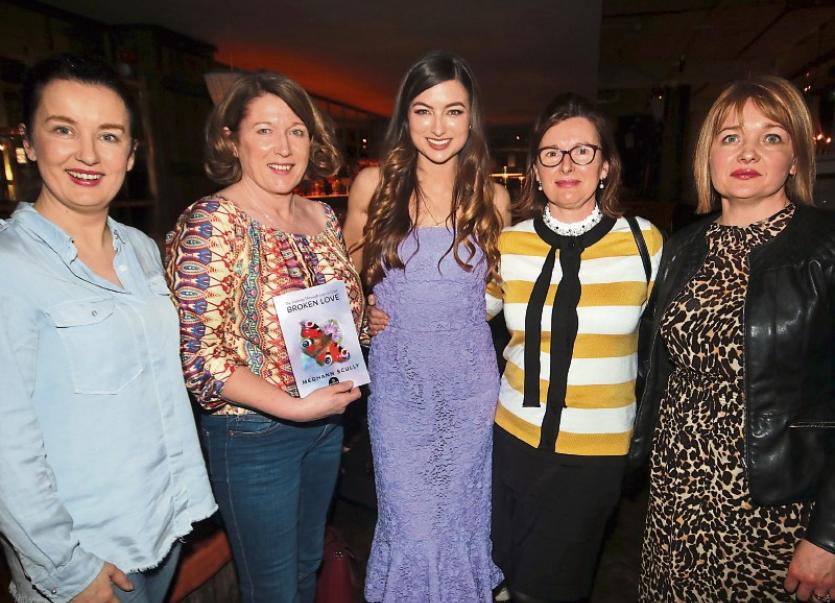 But then to lose your father a year later is difficult to comprehend. It is actually hard to put it into words. But somehow Meghann Scully has done that in her new book Broken Love.

The multi-talented 28-year-old launched it in House Limerick on Good Friday.

It is a brave and honest personal story of grief and loss. In the years after her brother Marcus and father Maxie died Meghann says she “struggled with grief from loneliness to anxiety, depression and anger until finding acceptance”.

The book explores everything she went through and also gives tips on what helped her to get through it.

“When I had to relive the bad days I realised that I have come so far. My life could have taken a very different route but I knew that I wanted to get help and turn my life around. Life is so precious and writing the book made me realise that. I feel lucky and blessed to be where I am today,” said Meghann, who co-hosts Fully Charged five mornings a week with Ed Roche on Spin South West; writes a weekly column in The Leader, DJs, models and a million and one other things.

Being able to bring those emotions right back to the surface by typing on a keyboard displays her inner strength.

“I spent the month of January sitting down in my apartment compiling the book. Most of the material I already had from years of blogging but also I have a number of diaries that I kept since Marcus died in 2005 so it was a case of putting it all together.

“I did have to sit down and relive the night Marcus and dad died which are the two hardest chapters in the book but it provided me with some relief as well. It was therapeutic. I also had great support from my mother, who has published three books, my publisher, family, friends and colleagues.

The seeds of Broken Love were sown over a decade ago after Marcus passed away.

“My mother, Pauline, was given loads of books about death and grief and I tried to read them but found they didn’t speak a language I could understand. Back then I saw an opening for material that would benefit young people dealing with loss. It was during my Masters when I had to create a blog for my course work that I realised that I could write about it.

“I shared a very open blog post about the loss I was suffering and so many people came back to me thanking me for sharing my story that they could relate to. From then, I started sharing more stuff and then knew I would one day write a book. I spoke to Niall and Susan from Book Hub Publishing back in 2016 and plans were put in place for a book.”

Meghann says the book is aimed at young people who have lost loved ones but since its release it is helping anyone who is grieving.

“My mother got a call during the week from a 92-year-old lady who found it very helpful. Grief can effect us all at different times and we will encounter the stages of grief at different moments so I guess everyone will be able to relate to some part of the book.”

Blindboy, of the Rubberbandits, has spoken of experiencing “flow” when writing which he describes as “unfettered access to my unconscious mind where the words just flow from me”.

Meghann says she has experienced that “flow” too.

“It is like a time warp. You don’t feel the hours pass. Some days I could write loads, other days I couldn’t. The days I had writer’s block I would walk away from the table and laptop and do something else, usually exercise to raise the endorphins. Actually, when I went on runs I would listen to Blindboy’s podcast because I find him so interesting and his material is incredible.”

It was an unusual feeling, she said, when she wrote the last word of Broken Love.

“It had become such a massive part of my life. It was my baby and suddenly I had to hand it over. I felt a bit emotional if I am being honest. I poured my life and soul into those pages and I have shared my darkest days but I’ve also shared my journey to acceptance. It was also a happy moment to see and realise how far I have come and how I have made good from the bad, light from the dark,” said Meghann.

Due to its popularity, another run of Broken Love is being printed and will be stocked in Limerick book shops. It is available at bookhubpublishing.com