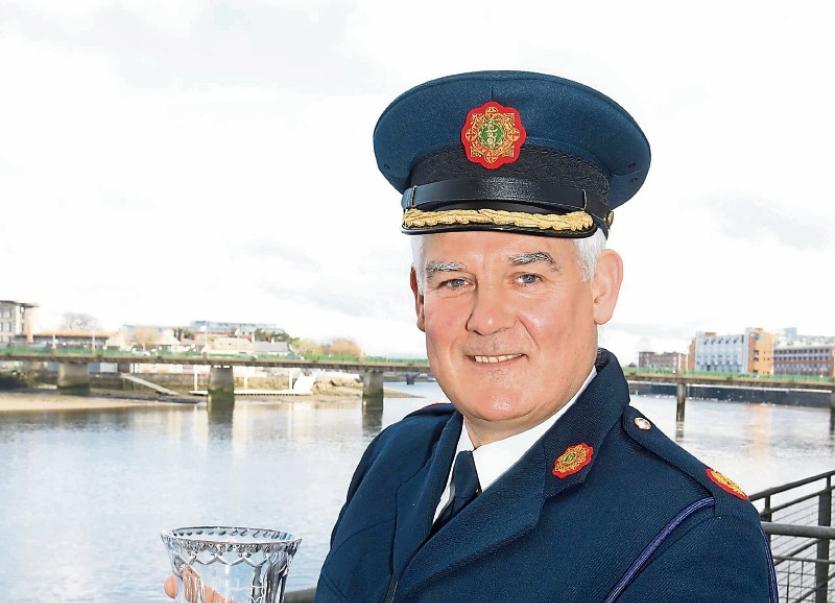 ONE of the most senior gardai in the country has encouraged victims of the "heinous" crime of rape to report it to gardai, following the fallout from the Belfast trial.

Assistant Commissioner David Sheahan moved to assure women and men that the "anonymity of the individual is sacrosanct" in such cases.

Rallies have taken place across the country, and in Limerick city, with thousands of women showing their solidarity with individuals who are victims of rape.

The former chief superintendent of the Limerick Garda Division said: “There is no more heinous crime than the rape of a woman.”

Asst Comm Sheahan didn’t wish to comment directly on the Belfast rape trial but did encourage victims in the past or future to come forward. Paddy Jackson, Stuart Olding, Blane McIlroy and Rory Harrison were found not guilty on all counts.

“I’m not going to comment on one particular case but I would have to say that the laws are slightly different down here in so far as the anonymity of the individual is sacrosanct,” said Asst Comm Sheahan, who spoke to the Leader after receiving the Limerick Person of the Month award for his role in transforming the city into the safer place we know today.

“I think from the time that I started in An Garda Siochana my whole role was suspect, suspect, suspect and following the suspect. Many times, I won’t say ignored, but we certainly didn’t bring the victim along with us in the same way as we do now. In the current climate with the transition of the Victims Charter into Irish law, that has put an extra onus and responsibility on An Garda Siochana in respect of the victim of crime.

“I would like to think that some of the structures we have now put in place with victims offices and family liaison officers – that should give the encouragement for anybody out there that wants to come forward to come forward, and to have the confidence that An Garda Siochana will be there with them from the start, the middle and the end of it. We will support them every way we can along the way because there is no more heinous crime than the rape of a woman,” said Asst Comm Sheahan, who is currently doing a piece of  academic work in UL around victims of crime.

“We have to support those people when they come forward and I can guarantee them that support from An Garda Siochana because our main role now is both the investigative role on one side and mind and look after the victim on the other side,” he said.

- See the Limerick Leader broadsheet for the full interview, in shops now