'Disgraceful': Vandalised car abandoned at water's edge in Limerick for one month 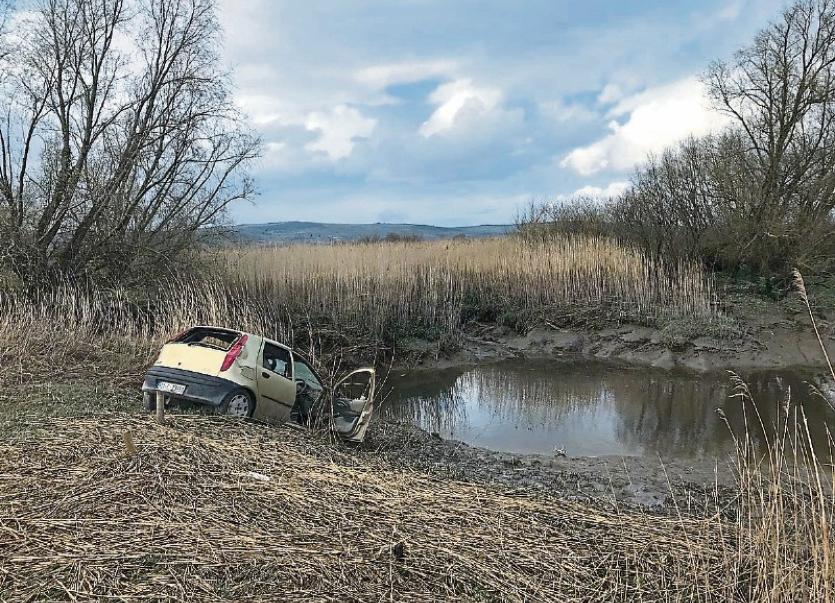 A VANDALISED car has been left abandoned for one month at the edge of a creek in Limerick, and the council is now being called on to look into the dumping.

The discovery was brought to light by traditional reed cutters in the Mungret area, whose work at Tervoe Creek is being hampered in the vicinity of the discarded hatchback.

Local councillor Emmett O’Brien is calling on the council to remove the car and investigate the “disgraceful, wanton vandalism”.

“As a person who lives next to the Shannon Estuary I was deeply shocked to hear the report from Tervoe reed cutters, and to witness myself a car vandalised and dumped into Tervoe Creek at Mungret,” he said.

“This quiet and tranquil spot has seen anti-social behaviour in the recent months but this is a new low.”

Cllr O’Brien also cited the environmental damage such a dumping could cause.

“Quite apart from being a criminal act of vandalism and criminal damage, the effect of engine oil pollutant on fish and foul cannot be underestimated,” he said.

Limerick City and County Council said that it is looking into the incident.

“Limerick City and County Council has been made aware of the abandoned car and will deal with its disposal as per the regulations,” said a spokesperson.