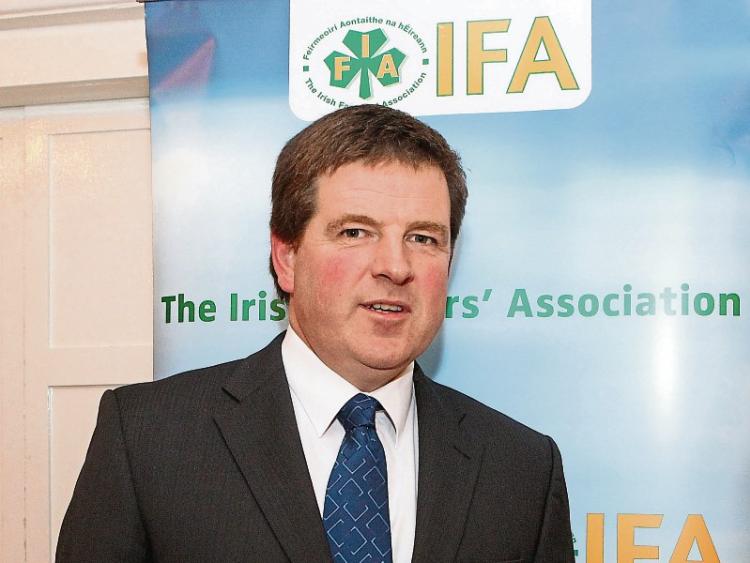 LIMERICK IFA chairman Shay Galvin said local farmers are “barely hanging on” in the midst of the fodder crisis.

This week he delivered a load of straw and a couple of round bales of silage to a farmer.

“He has had no fodder for 10 days now. He was hoping and hoping it would break. His cows were out at night and they have the place wrecked.

“He would be typical of what's after happening - fellows were praying for a bit of better weather and holding on and holding on but it looks like there'll be no cattle out for another four or five days anyway. That's just in drier parts of Limerick, not to mind the wetter parts – they could be a week or two,” said Mr Galvin.

The government announced on Wednesday afternoon it is to import fodder to help struggling farmers, battling the longest winter in living memory, to feed cattle.

Minister for Agriculture Michael Creed said on Wednesday afternoon: “As fodder supplies are now tightening across the country, it is important that these are managed proactively. We will unfortunately have to import fodder again as occurred in 2013 to supplement existing supplies as the prolonged bad weather conditions continue. I have asked my officials to develop a scheme to support the import of fodder from outside the island of Ireland”.

The IFA say the minister’s response on fodder is “too little too late”.

Dairygold confirmed it has organised for the importation of over 2,500 tonnes of haylage and hay from the UK with the first loads due to arrive in Ireland this Thursday.

Many older farmers say it is the longest and wettest winter they can remember.

Mr Galvin said: “Even at Christmas time there were farmers who had cattle in five months at that stage, back in west Limerick. They might have them in for nine months. It is getting very serious. There was plenty of fodder there four or five weeks ago but it’s getting very scarce now.”

If you are short of fodder, Mr Galvin urges farmers to get in contact with Limerick IFA or tell someone.

“Talk to your neighbour and check on your neighbour. Even if they just told somebody they were low on fodder they would feel better. Sometimes they are afraid to admit it. You can't plan for weather like this,” said the Croom man.

The Limerick IFA chairman said it has having a severe effect on the mental health of farmers.

“Fellows need a mental break from it now, to be able to let the cattle out. A lot of the hard work goes out of it as well. You can put that focus on other things but at the moment a lot of fellows are focusing on the same thing for the last eight or nine months and it’s fairly frustrating,” said Mr Galvin.