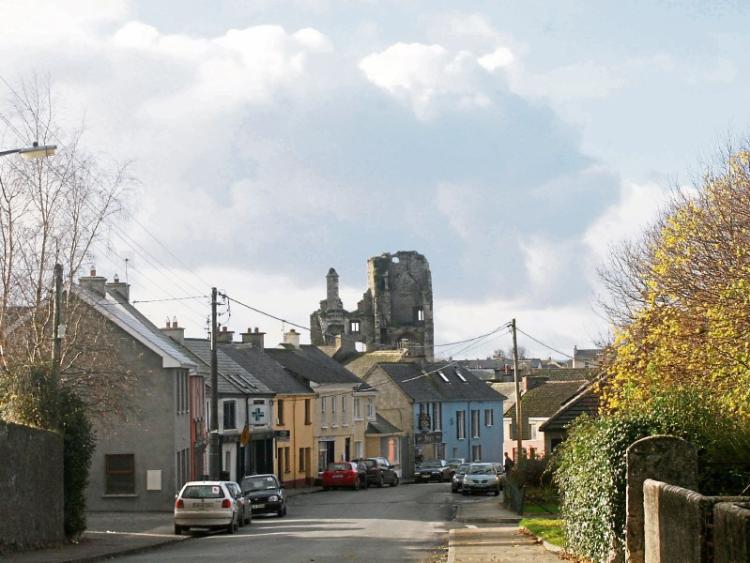 And, if such a programme were adopted, fellow councillor Emmett O’Brien said in support, Askeaton could “lead the charge” in terms of regeneration in the county.

Speaking at a meeting of Adare Rathkeale councillors last week, Cllr Sheahan launched his bid for regeneration of his home-town and called for a regeneration programme to be drawn up for a town, which he argued, was one of the oldest in the country.

“It is a very, very old town,” he pointed out.  “As a consequence, the houses in the town are very old, stone structures. People are vacating them.”

“We have more than our fair share of vacant, derelict and semi-derelict properties in Askeaton. I believe we need an overall plan,” he said.

Askeaton has had plans in the past, he continued.

“They were well intentioned but they did not deliver what was required.”

“I am now asking for a Regeneration Programme for Askeaton, to bring in experts to look at the old heart of the town,” he said.

Such a plan, he argued, might finally get Irish Water to co-ooperate.

“We have back lanes with no water or sewerage,” he said.

Services have not been delivered in the town, Cllr Sheahan said. He pointed out that two of the biggest industries in Ireland, Aughinish and Nestle are  based in Askeaton along with other industry, all of them paying into the state coffers through taxes on wages.

Yet, he said, “This is not reflected in the amount of money spent in the town nearest them.”

“There has been a mammoth failure of commitment,” he argued. “There is a case certainly that something dramatic needs to be done.”

“We have to start somewhere,” Cllr Sheahan argued.

Supporting the call, Cllr Richard O’Donoghue said he wanted the council to carry out a survey of all old structures to be carried out in all of the county’s towns and villages. Buildings becoming derelict was now a safety issue, he said.

He also argued that a less stringent policy on listed buildings was needed. He supported the policy of protecting iconic buildings, he explained, but he believed that in many cases of old buildings, only the facade should be kept. “We need to stop the red tape,” he said.

Cllr Adam Teskey said we could learn from what our neighbours in other countries had done.

Cllr Emmett O’Brien argued for the need to have a “holistic discussion” on towns, why they came into being and how their purpose  changed over the years.

“What is the purpose of our towns now? Do we hold on to the rose-tinted view of winning business back into the centres?”.

These were questions that needed to be asked, Cllr O’Brien argued. And he believed that incentives would be needed if old three-storey buildings were to be brought back into use.

“We could be pioneers in Limerick,” he continued. “If Askeaton is the first place, so be it. I would like if Askeaton could lead the charge on it.”