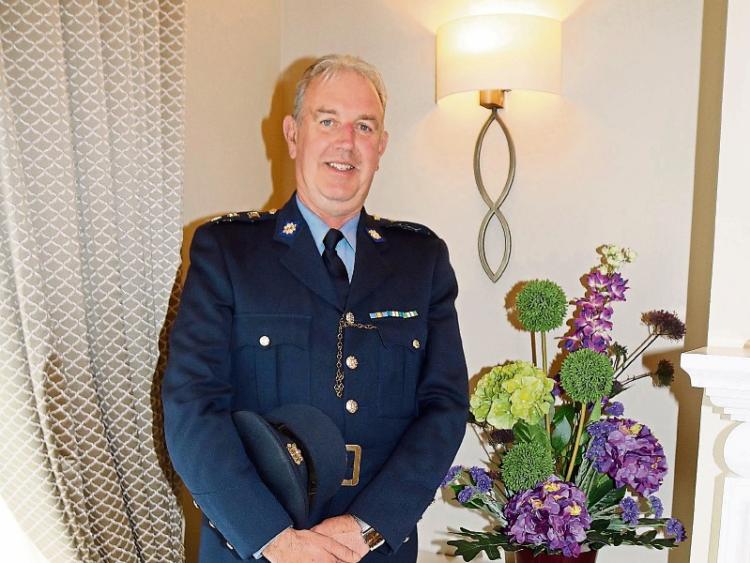 HAD he stayed on in the job just a few months longer, Sgt Denis Woods would surely have done duty at yet another Papal visit, bookending a career in An Garda Síochána which spanned 40 years and began shortly before the first Papal visit in 1979.

But that was not to be and Sgt Woods finished up at Newcastle West garda station on Friday.

“I have nothing planned. My first job is to cut a bit of turf,” he admitted this week.

“I will be looking to play a bit of golf, to bring down my handicap,” he laughed. But he insisted: “I am not going to be looking back. My time in the gardai is now over. You have to move on to the next step.”

His first step into the force began back in November 1977, a time when he and several classmates from Glin, including now retired Supt Tom O’Connor, headed for Templemore.

“We were all doing it together,” he said. “Coming from a rural background, our parents encouraged us to go into these pensionable jobs. It was the done thing at the time for a lot of lads in the country.”

It was also, at the time, the “done thing” to send newly trained gardai to border stations or to Dublin and Denis was appointed to Swanlinbar in Co Cavan.

“I was only 19. It was the height of the Troubles and it was a baptism of fire.”

While there, he was drafted in for the visit of Pope John Paul II. Later, following a transfer to Kilrush, Co Clare, he was to become very familiar with high-profile visitors, including US presidents, coming through Shannon Airport.

But it was his promotion to Sergeant and subsequent transfer to Newcastle West in 1991 which laid down the foundations for the rest of his career and life.

By now, Denis was married to Listowel woman Marie Carey and their two sons, Darragh and Donnchadh were born. Their only daughter Laura was born after the move to Newcastle West where Denis built up a wealth of knowledge about the community he served and among whom he and his family made their home.

“When I started off over 40 years ago, it was mainly a paper-based system. There were no computers.”

To check a car you had to phone divisional headquarters.

“Now, you can check a car on your phone.”

Technology has brought a lot of pluses, he said, but knowing your area is still vital.

“And unfortunately, it is something that is slipping.”

The job is a lot more dangerous now, Denis continued. And more and more, gardai are having to deal with tragedies, disasters and suicides.

“It is very very hard to knock on the door at three o’clock in the morning and tell someone that their loved one has died.”

When it is suicide, that task is even harder.

“It is very hard on members,” he said.

But fortunately, now there is more peer support and there are welfare officers in every division.

“Before you had to cope with it yourself.”