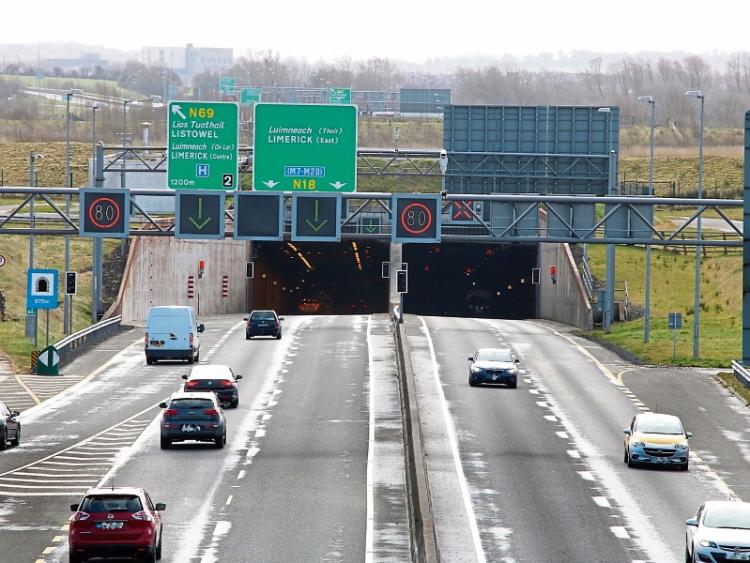 AFTER confirmation that €4.1m was paid to the operator of the Limerick Tunnel last year, concerns have been expressed that the final cost to the tax-payer could be more than €200m.

Figures obtained by this newspaper under the Freedom of Information Act show DirectRoute (Limerick) Ltd received a total of €4,124,856 in payments under the traffic guarantee mechanism scheme from Transport Infrastructure Ireland (TII) during 2017.

While the annual payments under the scheme continue to fall, suggesting an increase in the number of vehicles which are using the Limerick Tunnel, concern has been expressed by members of the Public Accounts Committee (PAC) after it emerged the payments could total more than €200m before it returns to public ownership in 2041.

Michael Kennedy of Transport Infrastructure Ireland told members of the PAC that conservative predictions put the total bill in the region of €200m.

Mr Kennedy – TII’s public-private partnership and finance manager –  said the project has cost €31.4m since 2010 and is widely expected to cost a further €170m over the next 23 years..

After Labour TD  Alan Kelly suggested the level of payments under the scheme was “just insane” Mr Kennedy said a re-examination of the scheme had shown the payments were justified as the Limerick Tunnel has reduced traffic congestion in the city.

Questioned about the payments, Minister-of-State Patrick O’Donovan said the opening of the tunnel has benefited Limerick.

”I do know the Limerick Tunnel is an important piece of infrastructure Ironically there were people were at the time who suggested that Limerick didn’t need a tunnel at all and that we needed a bridge and should close the port – where are they today?”

Deputy Maurice Quinlivan has described the payments by TII as a “shameful” waste of taxpayers’ money.

“The Limerick Tunnel is a great piece of infrastructure for the Mid-West, but regrettably it is not being used enough because of the tolls. The tolling of the tunnel has resulted in many opting to avoid it, as it is simply too expensive.”