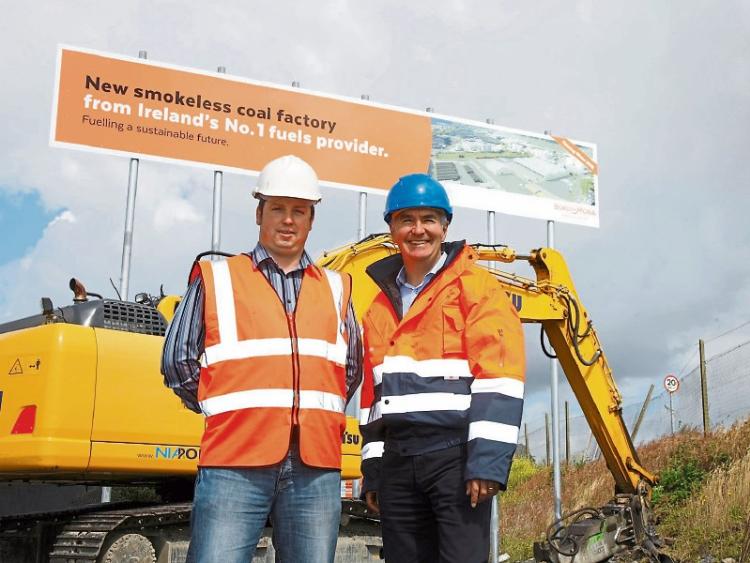 THE decision by Bord na Móna to abandon its plans to build a smokeless fuel plant at Foynes in County Limerick has dealt a blow to job prospects in the area.

The €20m plant was expected to deliver up to 100 jobs during construction and as many as 59 permanent jobs when operational.

But last Friday, Bord na Móna announced it was not going ahead with its plans for a biomass and smokeless fuel plant at the same time it announced it was closing its yard in Foynes with the loss of six jobs.

However, there has been a stunning silence from government party and opposition party politicians on the issue.

In a press statement released to the Limerick Leader, a spokesman for Bord na Móna said their decision was part of a plan to close all its coal yards at 10 locations around the country, with the loss of 45 jobs. This decision, he explained,  was being taken ahead of the total nationwide ban on bituminous coal due to come into force in 2019.

Meanwhile, the Shannon Foynes Port Company has expressed regret at the decision not to proceed with the smokeless fuel plant. “We acknowledge that, in the context of an existing and established competitor already in place, it was taken on sound business grounds,” a spokesman said. He confirmed that the company had not imported through Foynes for the past 18 months or so but stressed that  the company’s decision “does not affect our ambitious growth targets for port activity, which are being met year on year.”

“We will, however, be having conversations with Bord na Móna about other potential options for the site in question,” he said.

Bord na Móna’s decision was unexpected but has generated disappointment in Foynes and neighbouring communities. Site clearing work for the plant began last year after the last planning hurdles had been overcome. When complete, the facility was intended to provide up to 150,000 tonnes of smokeless fuel to the Irish market every year.

The company was hoping to cash in on an increase in demand for smokeless fuels as a result of the government’s decision to introduce a nationwide Low Smoke Zone this autumn and to ban the use of bituminous coal entirely next year.

Last Friday, however, the company said that “following a commercial review the company has decided not to enter the smokeless coal market” and will not be proceeding with the Foynes plant. Instead, the company will focus on its solid fuels business i.e. peat briquettes and peat nuggets.

In 2013, CPL Fuels announced its plans to develop a smokeless fuel facility also in Foynes at a cost of €22m and with the potential to create up to 140 jobs. This was later revised down to 60 jobs and production has begun.