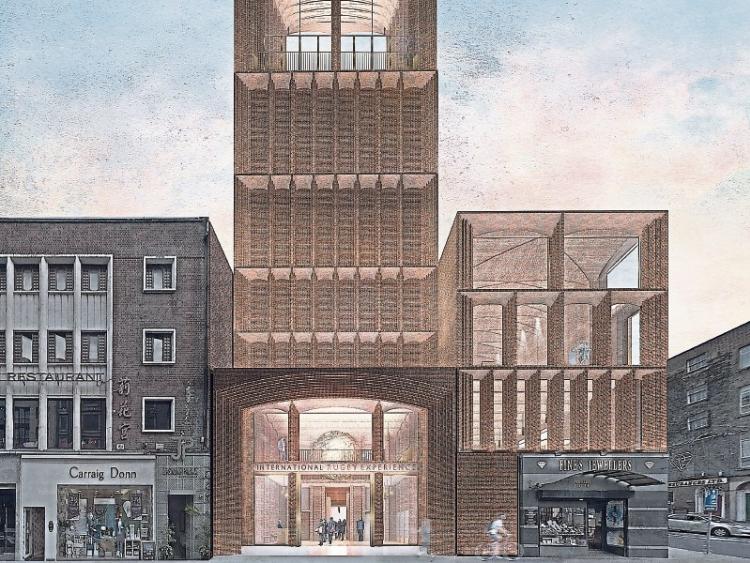 PLANS for a major new rugby museum on Limerick’s O’Connell Street have been appealed by An Taisce, which is claiming that the development would undermine the Georgian heritage of the area.

And supporters of the  International Rugby Experience project have called on the conservation trust to withdraw the appeal, which looks set to significantly delay and possibly even jeopardise the development, if An Bord Pleanala upholds the objection.

The development, which is being backed by JP McManus and endorsed by Paul O’Connell, would require the demolition of a series of buildings on O’Connell Street and Cecil Street, making way for a modern 30,000 sq ft interactive visitor centre designed by architect Níall McLaughlin architects.

An Taisce said that it welcomes the proposal to develop the International Rugby Experience in Limerick city, but does not agree with the location.

The positives of the project being based in the city, according to An Taisce Limerick, would include “good rail and bus transport” for bringing large numbers of visitors, “the location of the project alongside good quality, well-established hotels, restaurants, and bars” which would enhance the economy, and a celebration of the bond between the city and its rugby clubs, it said.

But the heritage body argued that the four buildings chosen for demolition are “key elements in an historic streetscape, the most extensive of its type outside Dublin”.

“The proposed development should enhance that heritage, not destroy it,” said a spokesperson for An Taisce Limerick.

The height of the proposed new building was also cited.

“The proposed five or six storey, lantern-capped tower, in the overall context of O’Connell Street, would be over-scaled and overbearing, more appropriate alongside the office and hotel buildings in the city's dockland and riverside,” said An Taisce.

It also said that “the adjacent buildings in Cecil Street (and more generally within the City Centre Architectural Conservation Area) are being renovated and brought back into use. The proposed project would completely undermine official efforts to promote such initiatives.”

A former Mayor of Limerick, Kevin Kiely, has urged An Taisce to withdraw its objection to the rugby museum.

“An Taisce have a lot to answer for in Limerick over the past 20 years. They have continually objected to projects and have hindered the development of the city," said Mr Kiely.

He asked who make up An Taisce in Limerick, and who actually made the decision to object.

“These are self-elected people proclaiming to be protecting the heritage of Limerick and all they are doing is hindering the progress of the city,” he said.