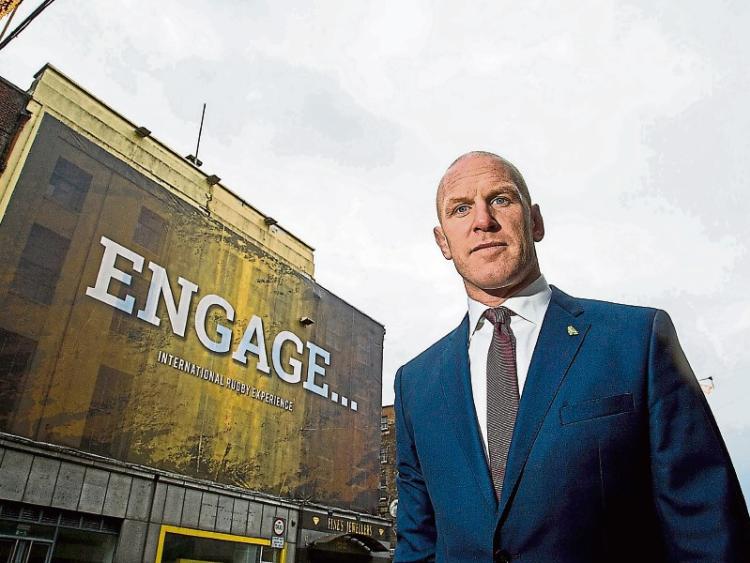 MUNSTER and Ireland rugby legend Paul O’Connell has welcomed the council giving planning permission for the new €10m International Rugby Experience in the heart of the city.

The massive development, at the O’Connell Street-Cecil Street junction, is being made possible thanks to a grant from philanthropist JP McManus, and will bring 100 construction jobs.

Speaking this Tuesday afternoon, Mr O’Connell, who is heading the advisory board behind the project, said: “On behalf of the board of the International Rugby Experience, we are very pleased that the Limerick City and County Council planning office has approved the planning application to develop No 40/42 O’Connell Street. This is an important step for what we hope will be a world-class building in the heart of Limerick City.”

There will be a high-tech 30,000 square foot exhibition space, as well as dramatic four-dimensional interactive galleries and exhibits celebrating historic moments from rugby’s history.

Numbers 40 and 41 O’Connell Street will be knocked, as well as the first three floors at the neighbouring building.

Number one Cecil Street will also make way for the development.

In their place there will be a seven-storey building with a two-storey portico fronting O’Connell Street and a two-storey block to the rear.

There will be a three-storey block built over the existing Fine’s Jewellers business at the junction of O’Connell Street and Cecil Street.

There were two objections to the proposal: one from David Fine of Fine’s Jewellers, who feared an adverse impact on his business in the centre of the scheme.

A second submission came from An Taisce, who criticised the felling of five late 18th century/early 19th century buildings.

Council planners gave the development the green light subject to 18 conditions, including a stipulation a special design is put in place at the tip of the tower conveying its three dimensional appearance.