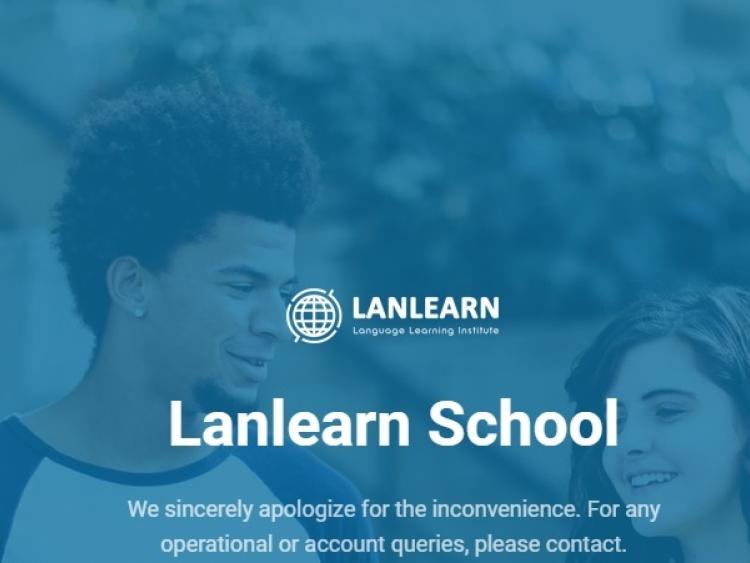 An image on Lanlearn's website 'apologising for any inconvenience'

TEACHERS have been left without wages owed to them following the closure of an English language school in Limerick, according to the trade union Unite.

Ten teachers have been left without wages owed to them following the closure of LanLearn, a Limerick language school also trading as the Limerick International Study Centre (LISC), after a Department of Justice inspection resulted in withdrawal of accreditation.

The Irish Council for International Students (ICOS) is working with the 150 international students who have been affected by the school's closure, according to ICOS programme officer Brian Hearne.

“Students who are currently studying or are here in Ireland and have paid for courses in LISC will be relocated,” he said.

The ICOS is currently working with the school’s insurance company and the Irish immigration services, he added.

Teachers at the school who have been assisting students following the school’s closure have been left unpaid since February, according to Unite regional organiser Roy Hassey.

“We will be meeting with the teachers involved on Tuesday, March 27 to explore the options available to them in an effort to secure the wages they are owed.”