Nigel Dugdale - Limerick and Proud: Is diplomacy the Dunne thing to free up city site? 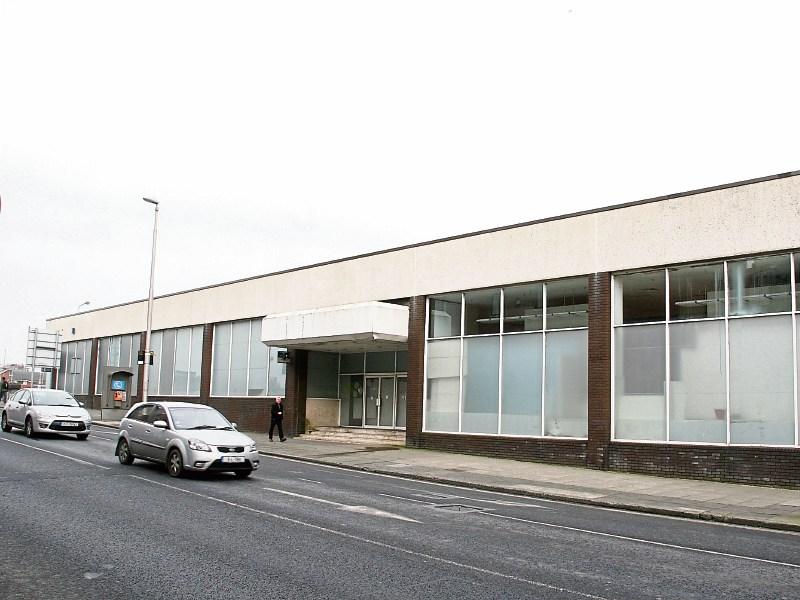 TWO weeks ago, Helen O’Donnell was helping to launch a new book at St Mary’s Cathedral in Limerick. The book, by Glenstal’s Fr Brian Murphy, chronicles the life and tragic death of Winnie Barrington.

It was International Women’s Day. The book was celebrating a woman whose family was known in these parts for their philanthropic spirit.

During her speech O’Donnell made a comment that might have gone unnoticed had she not given some of us a heads up.

She called for Dunnes Stores’ Margaret and Anne Heffernan “in the spirit of philanthropy” to gift the now vacant former Dunnes building on Sarsfield St. to the people of Limerick.

Her comment immediately sparked debate with many welcoming O’Donnell’s willingness to make a public statement in relation to a key site that has been an eyesore for far too long.

There were cynics too. Some called O’Donnell naïve. Others used the debate to launch a fresh attack on the Heffernan’s modus operandi.

When the Limerick 2030 plan was unveiled in July 2013 several images were released to coincide with the launch. One of these was an aerial view of the city centre showing some of the key 2030 sites and proposed development projects.

Highlighted in purple, the former Dunnes site was earmarked for the creation of what the 2030 team were calling a ‘Limerick Visitor Attraction’. The visitor attraction in question was hoped to be a Diaspora Centre, with a joint bid being put together by the Shannon Airport Authority and Limerick City and County Council.

All very exciting except for the fact the Dunnes family still owned the site.

Suddenly the local authority announced its intention to rezone the land as non-retail, to prevent Dunnes opening any commercial entity on the site in the future.

Dunnes were even less pleased.

This time Dunnes made a formal submission to the Limerick 2030 plan, saying that it was “disappointed” not to have been consulted in respect of its own premises.

A war of words commenced between Tom Enright, the then Economic Director of Limerick City and County Council, and Dunnes Stores.

Toys were thrown out of the pram, but one thing remains fact. Five years on the situation stays the same. A large site at a key entry point to our city lies vacant. In fact, the entire Sarsfield St/Arthur’s Quay aspect of the Limerick 2030 plan hasn’t moved an inch.

Could it be that since their very public falling out in 2013, the local authority has failed to repair any relationship that once may have existed with the Heffernan family?

Then in steps Helen O’Donnell like some Deus ex Machina from a Greek tragedy. Her speech may have referred to the Barrington family’s spirit of philanthropy but what O’Donnell was really doing was using her own spirit of diplomacy in an attempt to re-engage with the Heffernan family.

The Heffernans are not fools. They are successful business people employing over 18,000 people with estimated revenues of €3.5 billion. The Sarsfield St. site in Limerick is a drop in the ocean when it comes to the Dunnes empire.

I don’t think O’Donnell ever fully believed the Heffernans would countenance handing over such a site free gratis. What she has done in recent weeks is to open a much-needed debate about a key site in our city. This debate has led to passionate contributions being made.

There is no doubt that the Sarsfield St. Dunnes site can and must play a huge role in our city’s future.

The word diplomacy is defined as ‘the art of dealing with people in a sensitive and tactful way’.

It might be argued that sensitivity and tact are not words that go hand in hand with the local authority structure. Could it be that our city needs more sensitive diplomats and less headstrong enforcers.

Perhaps, it is now time for other Helen O’Donnells to step up to the plate.

Talent in city gets a fresh boost from film festival

The growth of the Fresh Film Festival has been great to watch over recent years.

The festival is even more important considering the opening of Troy Studios in the city suburbs.

Young filmmakers in the city and county now have a very real opportunity to fine-tune their skills and upskill through programmes Troy will be providing in collaboration with the new Engine facility in the city centre.

Founded as the Irish School’s Video Competition in 1997, as part of the Limerick Film Festival, Fresh Film Festival was originally a school’s video competition for secondary school students.

It has since grown into a year-round organisation, with a focus on national and international filmmakers spanning the primary and secondary age groups, to encourage and support young filmmakers aged 7 – 18 to tell their stories through the medium of moving pictures.

It runs until March 25. See www.freshfilmfestival.net.