County Limerick school gets €64k grant for all weather pitch 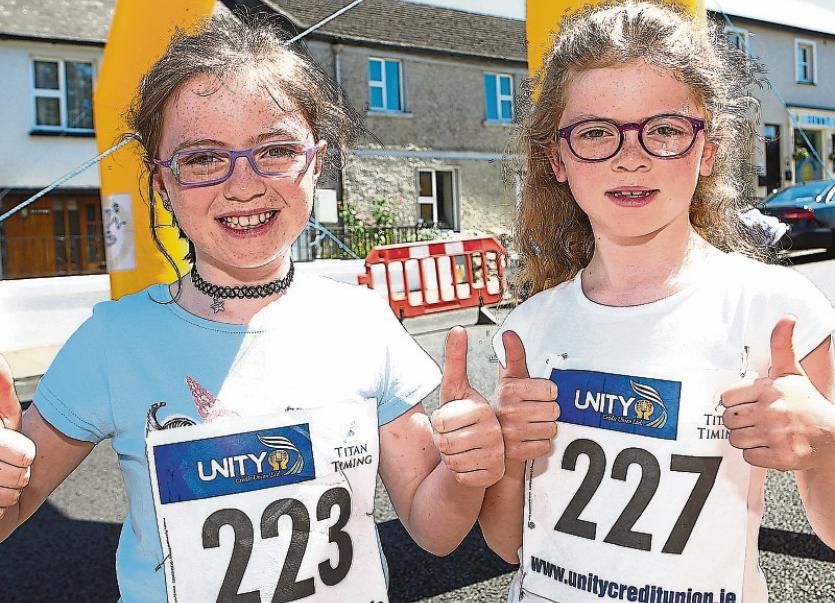 Thumbs up: Jadeine and Rita Grace, Lisnagry, at the 2017 run

CASTLECONNELL – home to some of Limerick’s greatest ever sports stars – is ensuring the best facilities for current and future generations.

Principal of Castleconnell National School, Richie Ryan said everyone was “thrilled” to have been successful in their Sports Capital Grant appeal.

“The award of €64,300, along with all the fundraising so far, means that the provision of a 50m x 35m all-weather facility for the community of Castleconnell is no longer a pipe dream - it will soon be a reality. There is currently nothing like this available to the fantastic people of Castleconnell and it is high time this changed,” said Mr Ryan.

He said they began work on the project in 2015 and have had “a lot of ups and downs along the way”. A number of fundraisers in that time included Stars in your Eyes, two monster table quizzes, bag packing and two mid-summer runs.

“The idea behind the project is to provide an astro turf play area for the pupils of our school during the school day and a facility for the community in the evenings and at weekends. The project is unanimously supported by all in the community and in particular by our two community partners – ACM Community Games and Ahane Camogie Club, who are also thrilled with the outcome of the appeal,” said Mr Ryan.

This news could not have come at a better time as they are just beginning to plan for their final fundraising event of the school year – the third mid-summer run. It is a chip timed, AAI approved 10km run and 5km family fun run which will take place on Sunday, June 10 at 1pm in Castleconnell.

“While we still have a way to go in terms of the overall cost of the project this news has given everyone involved a huge boost. We can now finally see the finish line in sight. On behalf of myself and our fundraising committee I would like to put on record our sincere thanks to Senator Kieran O’ Donnell for his commitment to this project. He has been with us every step of the way.

“We have also had massive support from school staff, parents association, board of management, sponsors, and the wider community.

“ We will undoubtedly need their continuing support in our final push to get this project over the line,” said Mr Ryan.

Their plan is to have the facility ready for use in autumn 2019 at the very latest but “hopefully we can have it ready even sooner than this”, concluded Mr Ryan.

Senator Kieran O’Donnell also welcomed the €64,300 in Sports Capital Grants to Castleconnell National School for the building of an artificial all-weather pitch on the school grounds.

“This was granted after the school won their appeal against the original decision, which deemed the application invalid. This all-weather pitch will be a great amenity for the school and fellow applicants as well as the wider sporting and community in the Castleconnell area.

“I wish to commend principal, Richie Ryan and his committee who worked hard on this application  and I look forward to continuing to work with them on this very worthwhile project,” said Senator O’Donnell.