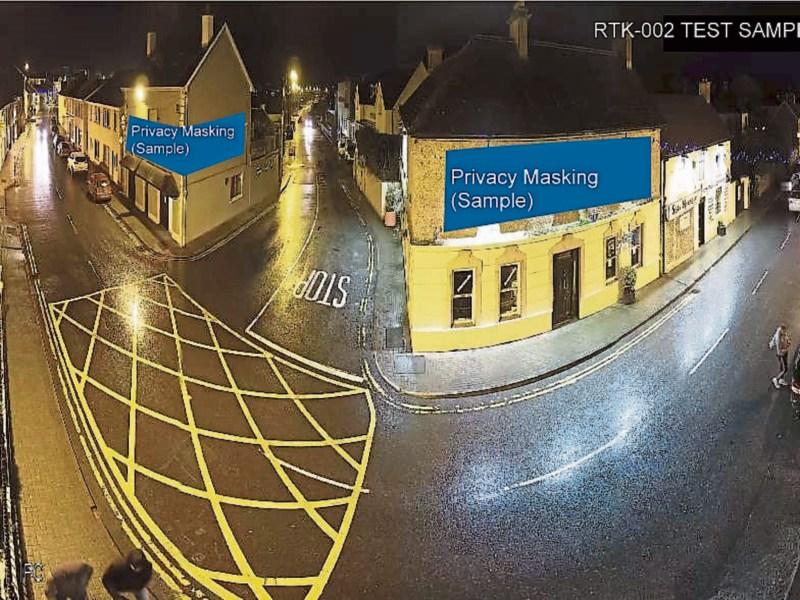 An advance glimpse of what one of the new cameras can capture. Data will only be used in compliance with data protection regulations

THE Smart CCTV system, involving 44 cameras in 14 selected towns and villages around Limerick county, is now expected to go live by the end of April.

But Dr Mihai Bilauca, the head of digital strategy with Limerick City and County Council, has stressed that the new system will not begin operating until all governance and privacy issues have been thrashed out.

“We are seeking legal advice in order to update our policies under the General Data Protection Regulations,” he said.

“We are putting the appropriate controls in place,” he continued, stressing that they would be very open with the public as to what these controls and regulations would be.

People would be informed about what data will be used, who has access to it, how a member of public can get access to any data involving them and how somebody can have data removed.  “We will not go live until all the information is available to the public,” he emphasised.

The Smart CCTV scheme is a pilot scheme, Dr Bilauca said, and is a “balancing act” between the need for a safer community and the need for privacy. “There is a balance we need to strike and we need to learn what the balance is,” he said. But he stressed that at all times, the public would be kept informed of any changes.

“There is nothing hidden in this process,” he added. “And if people have concerns we would welcome them”

Earlier this month, Dr Bilauca outlined the different kinds of cameras being installed as part of the first phase of the scheme. It includes three cameras which allow for live streaming in Newcastle West, Adare and Kilmallock. These PTZ cameras, he explained, are primarily for use for emergency situations.

Eighteen of the cameras will provide number plate recognition, and can also give information on the level of traffic flow, type of vehicles and footfall but would not include personal information, he said.

“They will be used subject to legal constraints, “ Mr Blauca said.

“We are not going to use them just because we have them. They will only be used subject to legal advice.

“We are going to understand a lot more about our communities,” he added. “It allows us to use artificial intelligence to trigger alarms if a particular line is crossed or a particular situation occurs.”

Broadband in some of the towns was very, very poor, Dr Bilauca added, but it was sufficient for their purpose. Changing the lights near cameras to LED would also help image quality.

However, he stressed, privacy and data protection were paramount.

The next step in the strategy, Mr Blauca said was to secure funding for the camera locations which had to be excluded from the first  phase.

Cllr John Sheahan asked that when the  request for further funding for this next phase goes to the Department of Justice, it should take into account those communities like Glin eligible to apply in their own right for CCTV funding under a separate department scheme.

“There should be one system,” Cllr Liam Galvin agreed, arguing that a plan  should be drawn up to add different towns and villages each year.

“The cameras will be a great deterrent. I do hope it is going to be used for the right reasons,” he said, adding that he hoped the information would not “get into the wrong hands”.