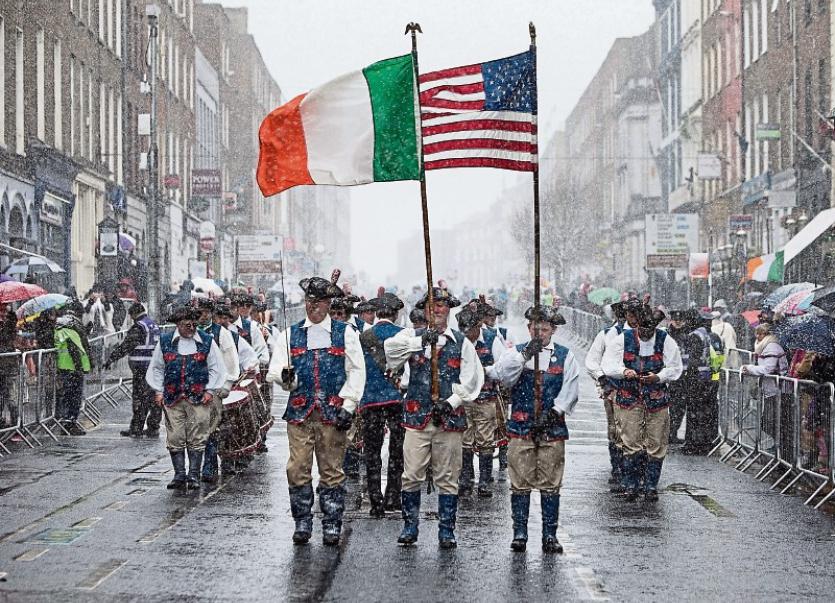 FOLLOWING the weather-related cancellation of Dublin’s Street Festival the day after St Patrick’s Day, a Limerick councillor believes RTE could have broadcast the International Band Championship.

Former Shannon Development executive, Cllr Marian Hurley, believes the national broadcaster missed a trick in not coming to Limerick to cover the event, which saw 21 bands and over 1,000 participants battle it out for awards on Sunday last.

She said Limerick could have filled the broadcast void​ left by the cancellation of events in Dublin, due to plunging temperatures.

“It would have been a good opportunity to pick up on our story,” the Fine Gael member said, “Our St Patrick’s Festival ended on a real high, with a perfect dry evening, and lovely perfect light for the fireworks. It would have been a very good chance to sing up for that.”

Cllr John Gilligan, Independent, agreed, saying: “We have the only Band Parade in Ireland. It should have been filmed, it should have been shown live. Even though there was a huge blizzard, we had a good crowd which reflects the importance of it.”

“We had some of the most prominent shops in Limerick, where there is not so much as a plastic shamrock in the window. They did absolutely nothing to mark our national day,” he told this month’s metropolitan meeting.

His stance was backed by by Sinn Fein councillor Séighin Ó Ceallaigh, who said he could also not understand why some shops closed on March 17.

“These are the same businesses that come budget time, will be complaining about the rates, yet when we are bringing thousands of people into the city centre, they’re closed. It’s about businesses engaging.

“This is where their rates are going – to bring people to the city to support their businesses. The lack of effort from some of these businesses needs to change,” he added.

Metropolitan district mayor Sean Lynch hailed a “great weekend for the green and white,” however.

He pointed out Patrickswell man Conor Murray, Moyross’s Keith Earls and Sean Cronin from Monaleen were all on Ireland’s grand slam, triple-crown winning rugby union side.

Cllr Daniel Butler paid tribute to everyone who “put their shoulder to the wheel”.