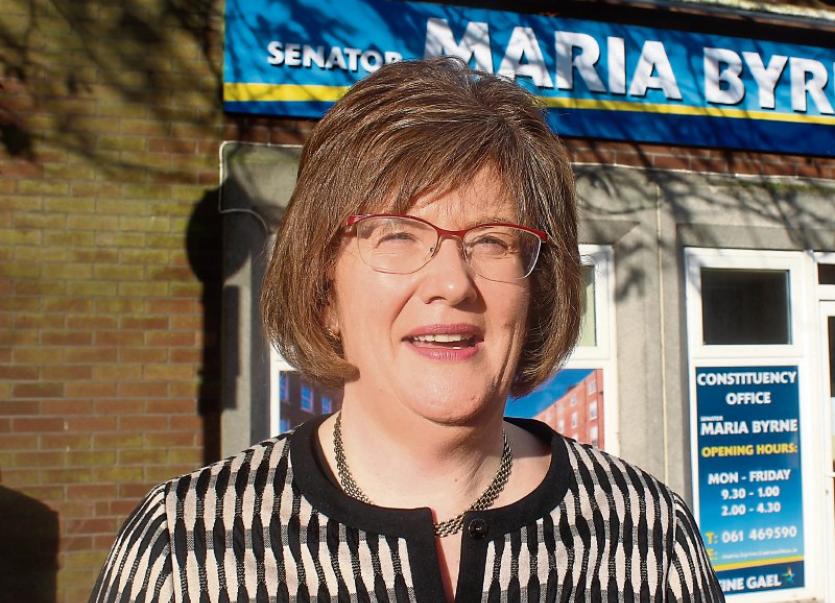 THE issue of repealing the Eighth Amendment hasn’t arisen on the doorsteps in Limerick for Senator Maria Byrne.

With the referendum widely expected in May, both the pro-repeal and pro-life lobbies are stepping up their respective campaigns.​

But despite blanket media coverage of the matter, Ms Byrne says local, rather than national issues are to the forefront of people’s minds – in her experience.

“People aren’t bringing it up to me at all,” she told the Leader. “People just aren’t entering the debate. They are more interested in what is going on locally. Areas like health.”

So far, Ms Byrne has not indicated whether she supports the retention of the clause in the constitution which protects a child’s right to life, or its repeal, which could pave the way for abortion in some circumstances.

“I haven’t fully made up my mind,” she confirmed. “I’m listening to all sides at the moment. I think there has to be a balanced debate, and people need to hear all sides of the argument.”

However, Ms Byrne did retweet a ‘tweet’ from Health Minister Simon Harris, who brought forward the legislation to allow for the referendum, and has already stated his support for repeal.

The Tweet from Mr Harris provides a link to a guide by Irish Times journalist Sarah Bardon on the referendum, and an analysis of how other countries have addressed the issue.

“Well worth a read and in my view, reinforces point that what we are proposing here is in line with many other countries,” the minister tweeted. 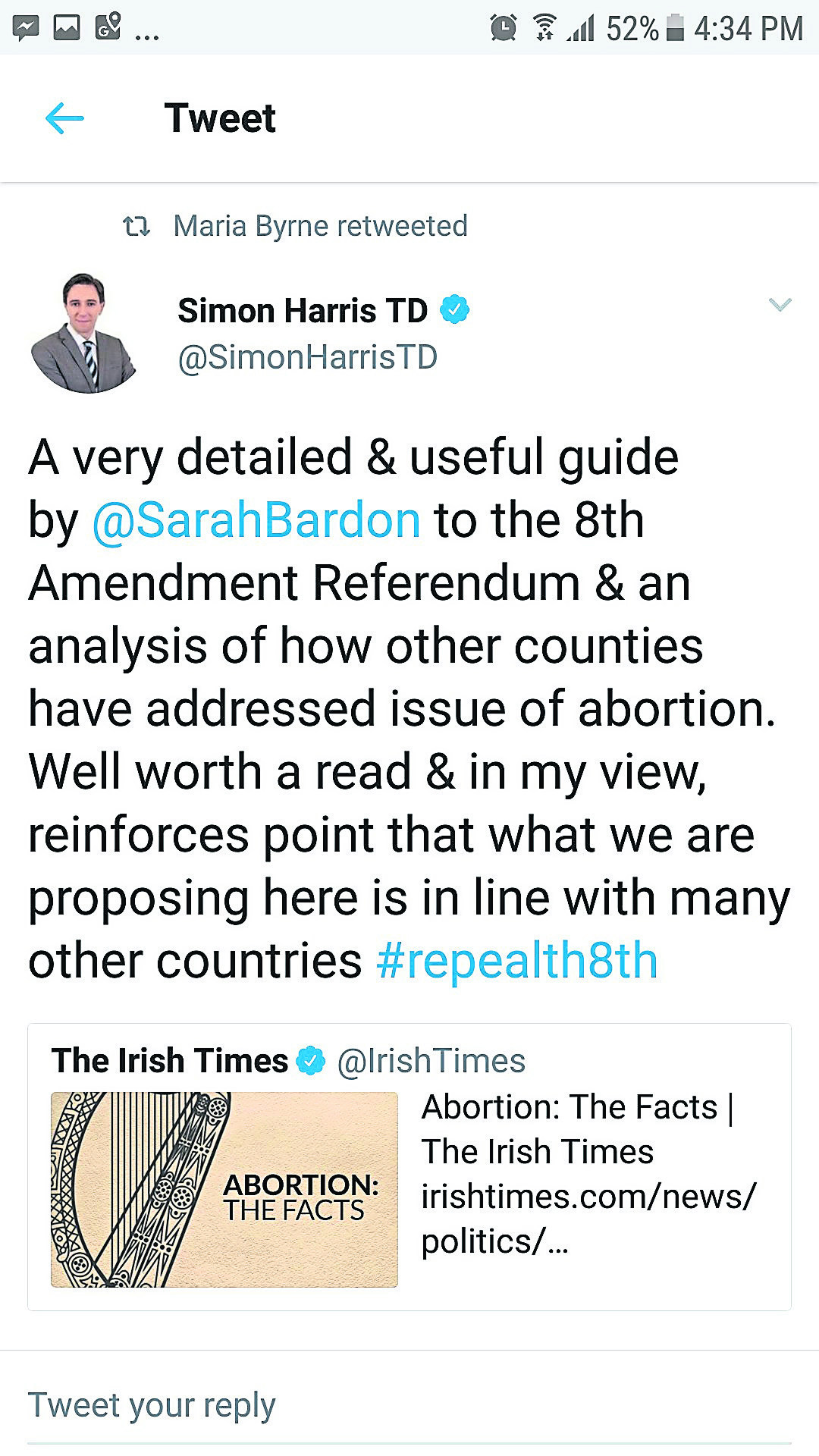 Limerick’s two other senior Fine Gael representatives in the city, former Finance Minister Michael Noonan and Senator Kieran O’Donnell are also yet to show their hand in what is likely to be a very divisive campaign.

However, Labour’s Jan O’Sullivan and Sinn Fein’s Maurice Quinlivan are supporting the repeal of the Eighth Amendment – with national reports claiming the rivals plan to canvass together.