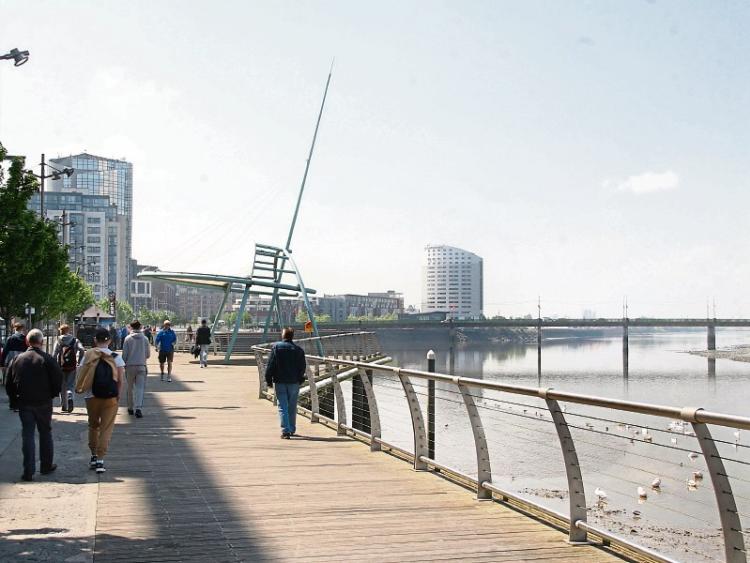 LIMERICK has received a prestigious honour recognising its progress as an upscaling European city.

The capital of the Mid-West region was among only a small band of European cities honoured at the biennial Foreign Direct Investment intelligence awards held in Cannes, France this week.

These accolades identify the most attractive locations in Europe for foreign direct investment.

And Limerick beat off competition from cities in Belgium, Latvia, Slovenia, Bosnia-Hercegovina and Czech Republic to win the ‘Best Micro City’ award.

The awards are run by fDi Intelligence, a specialist division from The Financial Times Ltd. and serve as a barometer for foreign direct investors looking for locations across the continent for new bases.

Limerick was also named as European city of the future in its population category and also ranked first for business friendliness and FDI strategy.

It was the runner-up in the best economic potential award was included in the top 10 European cities in its population category for human capital and lifestyle.

Mayor Stephen Keary said: “Limerick has been the urban success story of the recovery in Ireland and while we still have a long way to go, it is only right that we would celebrate this much deserved European recognition. We are a scaling city, an ambitious city and it’s only right that we would be in Cannes, shoulder to shoulder with other award winners such as Barcelona and London. That’s the level of ambition Limerick has today.”

Also present at the awards was economic director Dr Pat Daly, who said: “Our resurgence hasn’t happened by accident. It is carefully guided by our economic and spatial plan launched in 2013, the first such plan for an Irish city. We are delivering on the targets of that plan and this is down to powerful spirit of collaboration between all stakeholders in this city and region.”

“The start of this year has also been very positive by way of announcements for Limerick and the wider region, most recently the 600 jobs announced by Edwards Life Sciences.

"We are also progressing cutting edge space to attract more inward investment, with the 100,000 sq. ft., 700 job Gardens International office space in the heart of the city set to be completed later to this year to LEED Gold standard and followed by the Opera Site, Cleeves Riverside Campus and more,” he added.

“It’s a great time to be in Limerick and even better still is that there’s a determination to ensure that this is only the beginning. Limerick is being held up now as a European example of how cities can be transformed and this result is further evidence of that”.