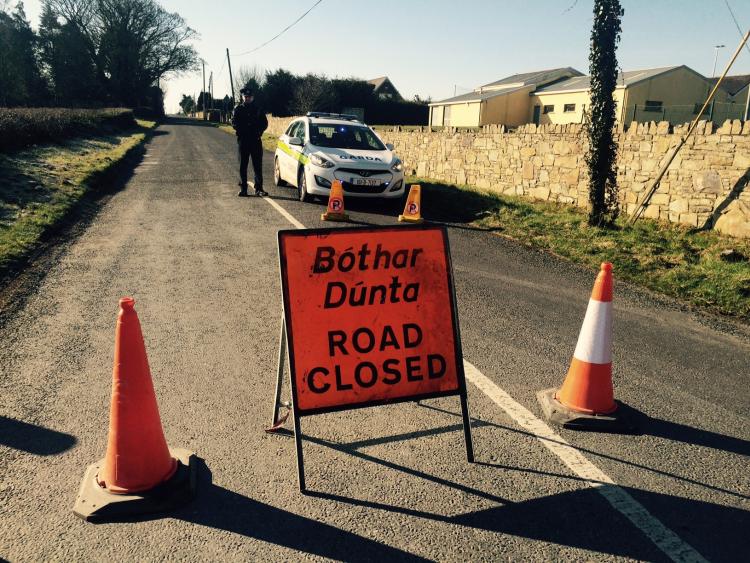 Gardai at the scene in Ballyneety this Tuesday morning Picture: Michael Cowhey

GARDAI in Limerick are investigating a single road crash in which a teenager was killed and three others injured in the early hours of Tuesday morning.

The road traffic collision occurred just after midnight, when the black 05-registered Mazda 6, struck a ditch in Tubberyquinn, Ballyneety.

In a statement, An Garda Siocahana stated: “A 17-year-old male was fatally injured and three other males were injured ,one seriously, when the black, 05 D registered Mazda 6, they were travelling in, struck a ditch. The injured are being treated at University Hospital Limerick.

“The incident has been referred to the Garda Síochána Ombudsman Commission as a result of earlier interaction between the crashed car and gardaí."

Gardaí at Roxboro Road Garda Station are asking witnesses to the crash, or anyone with information, to contact them on 061-214340.