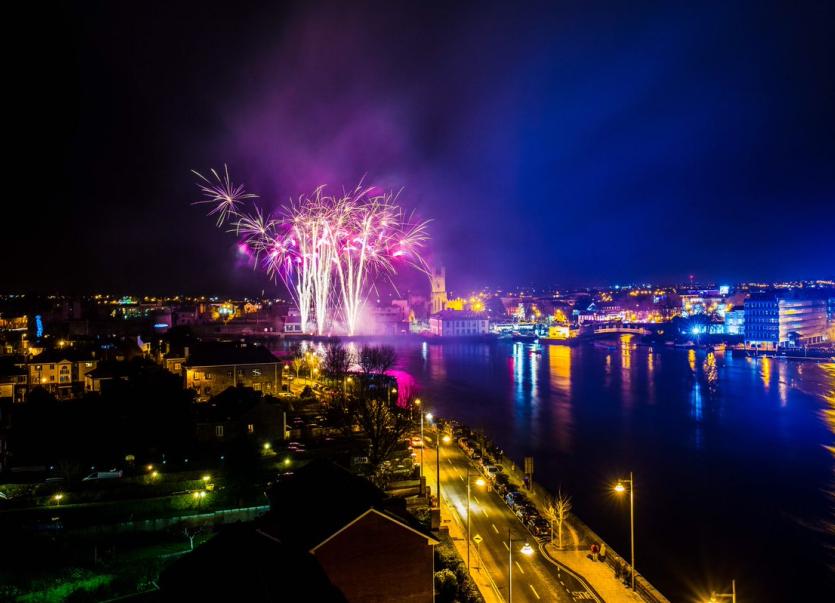 THOUSANDS of people lined up along the riverfront this Sunday night for the fireworks grand finale, with a special tribute to the late rockstar Dolores O’Riordan to mark the end of the St Patrick’s Festival in Limerick.

Omg hands down the best fireworks display I have ever seen #LimerickStPatsFestival #HappySaintPatricksDay #Limerick pic.twitter.com/SSLUHydVnu

To kick off the show, there were dramatic illuminations projected against the walls of King John’s Castle as spectators watched from their vantage points at Thomond Bridge, Sarsfield Bridge, Clancy Strand and O’Callaghan Strand.

Then the first flare of fireworks rocketed into the sky in a fast trajectory, before a kaleidoscopic explosion prompted cheers from the audience.

To mark the end of the show, The Cranberries' Zombie was blasted out, as a tribute to the late Dolores O'Riordan who died suddenly on January 15.

The fireworks display, which cost in the region of €40,000, was scheduled for the weekend after flood risks on New Year’s Eve forced Limerick City and County Council to postpone the show.

This is my favourite picture I took tonight of #LimerickStPatsFestival fireworks. #Limerick truly looked incredible. What a setting to such a fantastic display. Well done @LimerickCouncil #limerickandproud pic.twitter.com/PKYlkW8LbK

And it appeared the wait was worth its while, as social media was certainly on fire during the showcase.

Lovely tribute to Dolores O’Riordan at the fireworks in Limerick tonight- thank you @LimerickCouncil for a great event ☘️ pic.twitter.com/j29QrAtyI9