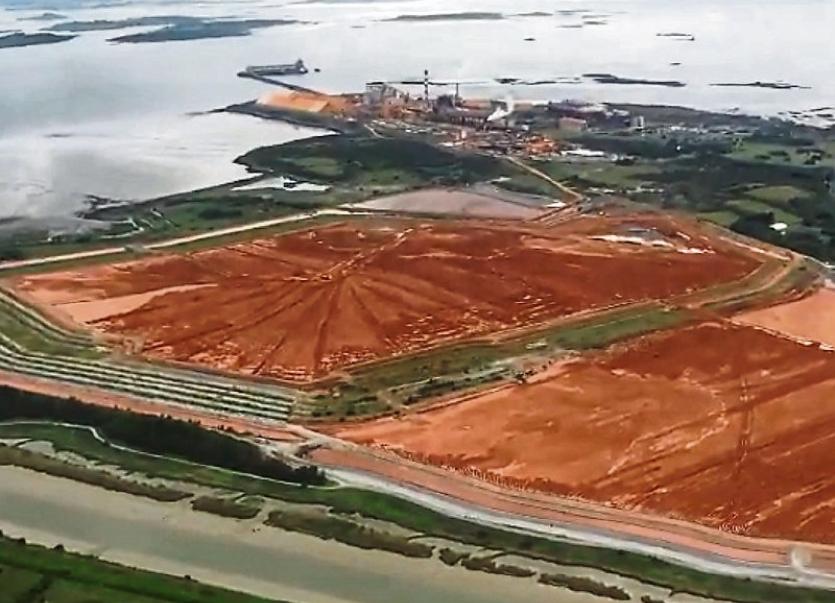 The Aughinish plant at Askeaton

A WEST Limerick farmer has appealed the planning decision for a controversial borrow pit project at Aughinish Alumina.

Pat Geoghegan submitted the appeal to An Bord Pleanala on behalf of his group, the Cappagh Farmers Support Group, requesting a public oral hearing on the plans -which involve “blasting rock” adjacent to the red mud ponds, where the residue left over from the bauxite refining process is stored.

The planning application by Rusal - the Russian company that owns the Aughinish Alumina plant - outlined plans to build a borrow pit to extract rock for use in the plant operations.

The controversial proposal led to protests and a petition by activists, including the Cappagh Farmers group, last year. The permission was granted in February, subject to 10 conditions.

The document submitted to An Bord Pleanala cites a total of 16 grounds to appeal, including a claim that the concerns of the community were “ignored” by Limerick City and County Council, the local representatives, Aughinish Alumina and the EPA. It also says that there were failures in the public consultation process.

The Cappagh group also made arguments about the noise levels, human health and wildlife, and the alumina plant accident in Hungary in 2010 was also cited.

The appeal document also points to the possibility of future public infrastructure developments at the nearby Foynes Port.

The appellant states that the chairperson of Aughinish Alumina, Damien Clancy, is also on the audit committee of Limerick City and County Council, and claims that this is a “conflict of interest” due to the link. The protest group has concerns about the “chairperson of Rusal being on any committee under the umbrella of Limerick City and County Council,” it said.

Ten year permission was granted in February for a site of seven hectares adjacent to the plant, with an extraction area of 4.5 hectares.

The extraction area is up to a depth of 8.5m, and the firm would likely have to seek a review in its EPA licence to carry out the rock blasting.

Since the plans became public, fears were expressed that blasting rock on site could have serious implications should the walls of the red ponds be damaged and its contents spilled.

Mr Geoghegan of the Cappagh Farmers Support Group has consistently spoken out against the alumina plant for more than a decade.

“This may cause one of the biggest environmental disasters ever to hit the estuary, if this proposed blasting of rock, just metres from the mud ponds that store approximately 40 million tonnes of toxic waste, is allowed to go ahead,” said Mr Geoghegan.

“If any section of those banks or foundations of these ponds is damaged, the toxic waste will destroy the Shannon for decades to come, and a clean up cost to the Irish taxpayer would run into millions,” he added.

It is expected that other opposition groups will also appeal the planning decision.

Aughinish Alumina did not wish to make a comment on the appeal.