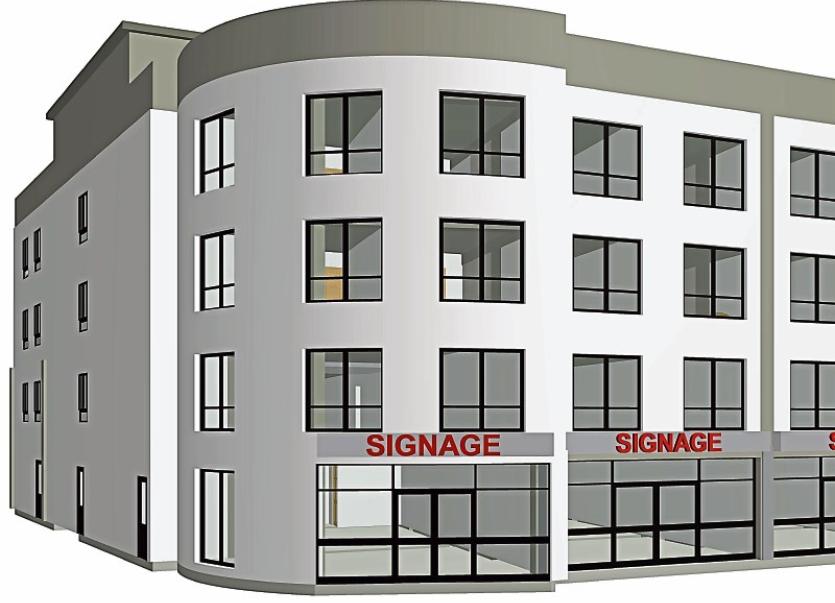 An illustration of the proposed development

THE manager of the Limerick Milk Market has welcomed €3m plans to redevelop a derelict site opposite the attraction.

David Fitzgerald was speaking after the Limerick Leader this week revealed the ambitious proposals to build a four-storey residential, retail and educational scheme at the junction of Ellen Street, Car Street and Punch’s Row.

The project could being 100 new jobs to the city – 50 in construction, and 50 permanent positions.

“Not alone will it aesthetically change the streetscape around the area, it will also increase activity in the area. It's very welcome,” Mr Fitzgerald said.

“It was far from ideal when you have visitors coming to the city to see one of the jewels in its crown and then a derelict site like this. It’s not exactly putting our best foot forward. It did not do Limerick any justice as it was not reflective of Limerick.

Ellen Street developments has lodged a planning application with City and County Council to construct.

The proposal will see a building which has been left unfinished since the crash, described by local councillor Daniel Butler, FIne Gael, as “unsightly and unsafe”, completed.

A language school and seven retail outlets are planned on the ground floor, with five four-bedroom apartments on the first floor and three duplex six-bedroom living spaces shared between the same floor, and the top level of the complex.

“It will give a huge boost to the area. It cannot but not. Things are picking up here. The market is a key part of the city, an awful lot of people go there, and this will be a really big thing for us,” he said.

Developers originally had plans accepted by the Council for the site to be a seven-storey apartment complex – but this is now cut down to four.

Cllr Butler welcomed the redevelopment plan, saying it’s something he has been raising since he became a local representative.

Huge credit for this must go to Limerick Council's Urban and Village Renewal team who have helped to... https://t.co/NjPMxQqq8R

“It is one of the biggest eyesores in Limerick, especially adjacent to our key market, which is a tourist area and a place where residents come to do their shopping. It is an ‘iconic eyesore’ in the city, if that’s possible. But outside of its ugliness, there is also a safety aspect there,” he said.

Planners at Limerick City and County Council are set to make a decision on the proposals by April 24.