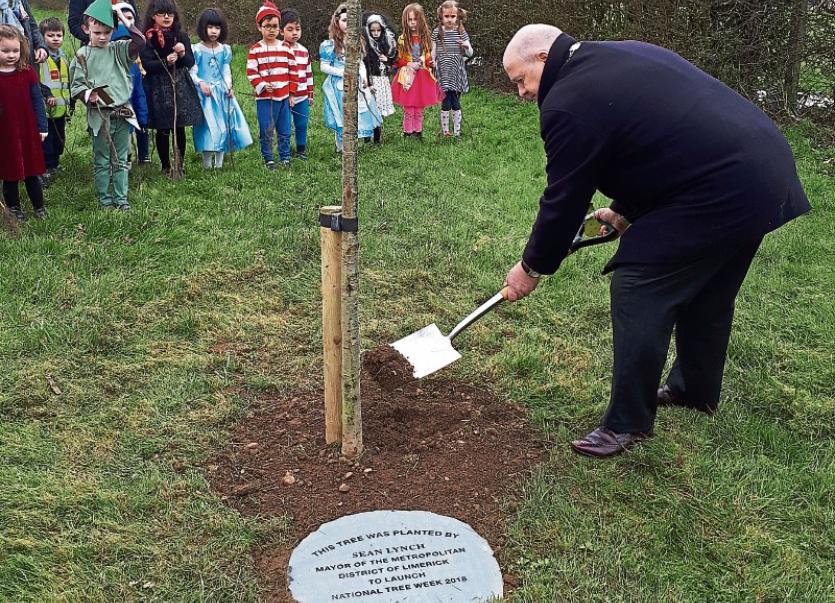 THE MAYOR of the Metropolital District of Limerick, Cllr Sean Lynch, went back to his roots to plant a tree at his local primary school, as part of National Tree Week 2018.

Every year, the mayor chooses a school in the district to launch tree week, and proud Patrickswell man Cllr Lynch said he had “no hesitation whatsoever” in selecting his local school.

“My four children went to this school and they got great care and attention here. My family is very proud to be associated with this school,” he said at the planting ceremony.

“Mr. Nestor was a gifted teacher – he was very kind to all the pupils and he loved sharing knowledge with them,” he said.

The event coincided with World Book Day at Patrickswell NS, for which the pupils dressed up as their favourite characters from books.