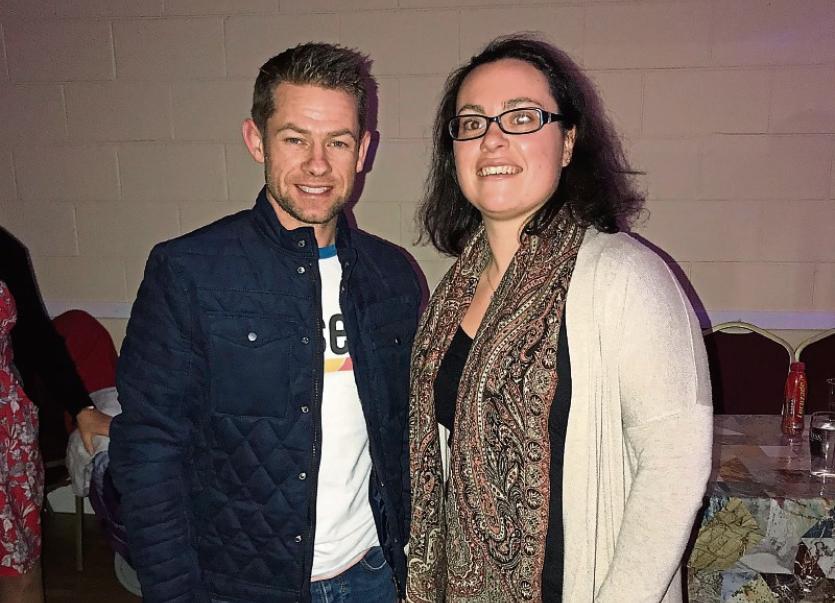 Jimmy O'Donnell and Caroline Hickey at the Boher parish social

TRAINS don’t stop at Boher station any more but it is still always milling with people.

The building has been transformed into a community centre by Boher Community Development Association. Their annual parish social keeps the centre “on track” and pays for its upkeep and running costs. Over 130 attended and as well as a night of socialising and dancing, an auction is held.

Local farmer and active committee member, Paudie Laffan, was the auctioneer for the night and he could sell snow to eskimos. Paudie turned bags of timber blocks, animal feed, gravel, and much more into cold hard cash. Almost €5,000 was raised for Boher Community Centre. There is a social conscience aspect to the parish social as a calf that was sold will be reared in prison before being donated to Bothar.

Sincere thanks also to the staff of the Millennium Centre, Caherconlish, Johnny and Niall Skehan and all who donated spot prizes.