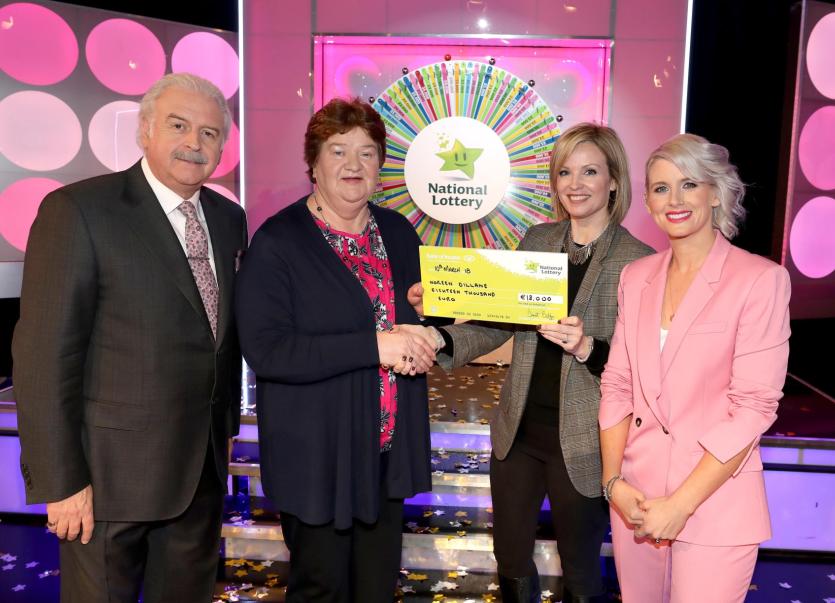 A GAA-mad Limerick granny has won €18,000 on Winning Streak, appearing on the show just two days after the birth of her new granddaughter.

Noreen Dillane from Mountcollins appeared on the show on RTE on Saturday night, just 48 hours after becoming a grandmother for the fourth time.

Noreen, who had said it was “unbelievable” to be selected to go on Winning Streak, is celebrating the arrival of baby Anna May, who was born last Thursday to her son, Denis and his partner Michelle and said that mum and baby were "doing great" when she appeared on the show.

The GAA-mad Limerick woman, whose two sons, Denis and Pat, play for the local football team in Mountcollins, said her appearance was the last thing she expected as she sat down to watch the show with her husband of 39 years, David, the previous week during Storm Emma.

The couple are retired farmers and full-time GAA fans, along with the rest of her family. Husband David, at the youthful age of 83, is also still refereeing GAA matches and he and Noreen follow the Limerick football side wherever they play. Noreen longs for the side to be able to contest an All-Ireland football final, she said.

Noreen has four adult children, two boys and her girls, Linda and Mary. Linda has three children, Katie, Noel and Niamh, who are doted over by their grandmother.

Most of the family were in RTE to support her in the Winning Streak audience on Saturday with the exception of Denis and Michelle, who were watching from Limerick with their new arrival.