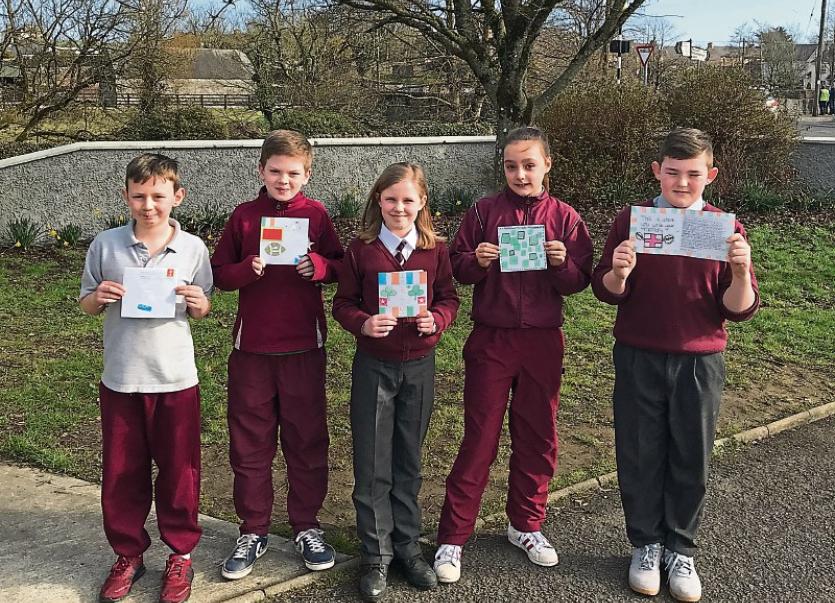 THE town of Bruff will boast an international dimension to its St Patrick’s Day parade by featuring messages from expats living abroad.

As part of its Bruff Connects initiative, local school children have been getting in contact with people who originally hailed from the local area but are now living overseas.

“We are calling it Bruff Connects because we are getting in contact with people from abroad to get them involved in the Bruff parade this year,” explained Tom Bulfin, former principal of Scoil Dean Cussen primary school in Bruff.

“We are going to carry a message from them, in the parade. The messages include things like ‘best wishes to Bruff on St Patrick’s Day’ or their memories of Bruff, Grange Meanus, Knockainey and the surrounding areas.

While some messages have already arrived in Bruff, more are on the way.

“Their message will be laminated and carried on the day of the parade by the children. We hope to send the people a photo back then from the parade, just as a memento,” Tom added.

The children wrote to their relatives both by snail mail and also by email.

“We have also used our Bruff Community Page and Facebook to get the message out,” Tom added.

Once again the popular Bruff St Patrick’s Day parade – one of the largest in the county - will feature groups and floats from the town along with surrounding areas including Grange, Meanus and Knockainey.