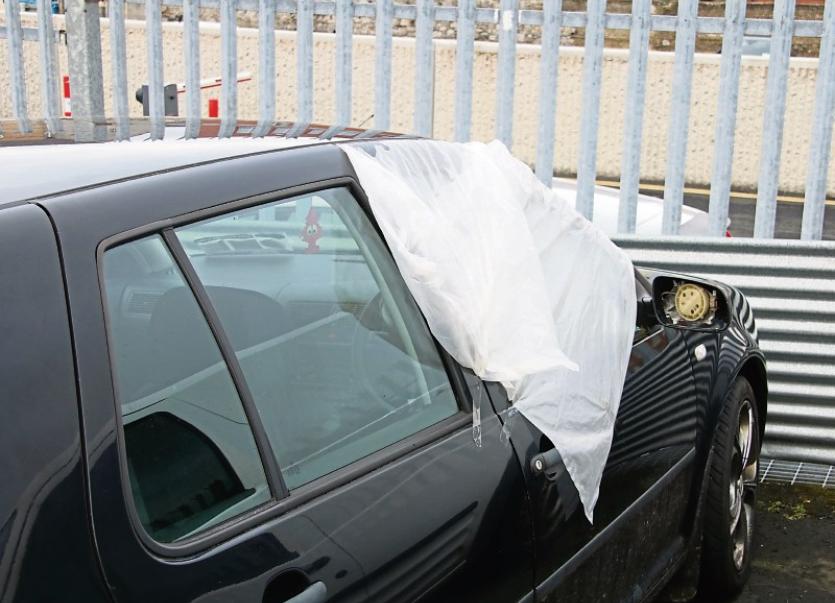 GARDAI in Limerick have launched a full investigation after a large number of cars were broken into during the recent bad weather.

During the virtual shutdown of the city on Thursday and Friday, around 20 cars were targeted by thieves who braved the elements during the status red weather alert associated with Storm Emma and the Beast from the East.

Gardai at Roxboro Road have confirmed the cars which were broken into were all parked at Colbert Station and that considerable damage was caused to some of the vehicles.

CCTV footage from the area is being viewed and gardai are still making efforts to establish exactly what was taken by the culprits.

Evidence of the rampage was clear this Monday afternoon as a number of cars with smashed windows and broken wing mirrors remained at the car park.

The vehicles, which appear to have been targeted, included a Saab a Toyota Corolla and a Volkswagen Golf.

It is believed a variety of property, including cash, wallets and small electronic devices was taken during the crime spree.  The total value of the cash and property stolen is likely to run to several thousand euro.

A garda spokesperson confirmed a number of the car owners only learned of what happened when they were contacted by gardai who attended at the car park over the weekend having been alerted to what happened.

“We have launched a full investigation and we are looking to establish exactly what was taken and we would appeal to anyone who can assist us with our inquiries to come forward,” said Inspector Ollie Kennedy.