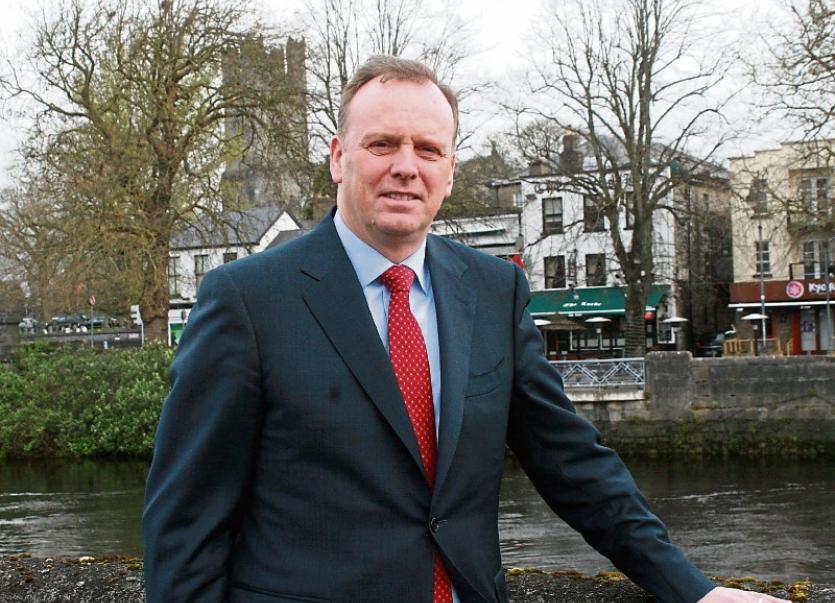 THE outgoing president of the Limerick Chamber has warned that if the city doesn’t link with Galway and Cork, Ireland 2040 could be a “missed opportunity”.

President Ken Johnson was speaking this week after the business group’s chief executive Dr James Ring criticised the plan’s impact on Limerick, saying its contents show that “we are experiencing life after Michael Noonan at the Cabinet table”.

Mr Johnson, who will shortly hand over the chain of office to University of Limerick vice-president, research, Dr Mary Shire, urged Chamber groups in other cities to work with their counterparts here to build the west.

“Balanced regional development is critically important for our country’s future success. Project Ireland 2040 recognises the importance of building stronger regions with Galway, Cork and Limerick at the core of this growth. But if we fail to seize this chance to facilitate these cities and regions working together in a coordinated manner that can optimise the impact of balanced regional development, Project Ireland 2040 will become a missed opportunity.”

Mr Johnson said he feels Limerick is in a “new phase of growth and progress”.​

“This success has been delivered through a combination of both government support and importantly through local collaboration by our key stakeholders, such as our local authority, UL, LIT,  Mary Immaculate College, the Shannon Group, industry and the chamber over the last number of years,” he said.

Mr Johnson said while it is natural people in Limerick might have sought more in Project Ireland 2040, he urged people to focus on what has been committed for the county in the capital plan.

“These include that €900m is committed to the M20; the N69 Limerick – Adare - Foynes upgrade; the Coonagh to Knockalisheen phase of the Northern Distributor Road; and the New Maternity Hospital which are all listed for funding in the plan. These will have a very positive impact on our city and region,” he said.

Meanwhile, Taoiseach Leo Varadkar’s visit to Limerick has been cancelled in light of the likelihood of extreme weather this Friday. He was expected to speak on Project Ireland 2040 at UCH, alongside members of his cabinet.