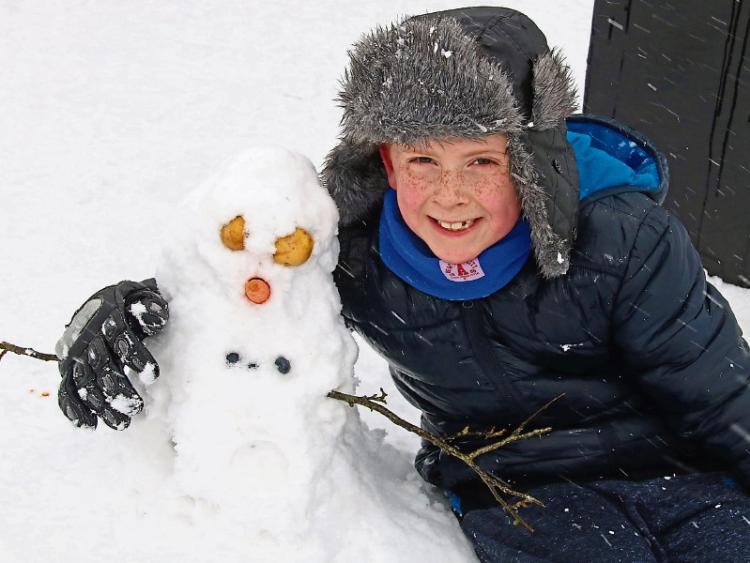 FAMILIES and friends have braved the wintry conditions and ventured outside all across Limerick to make the most of a rare snow day this Friday.

Many daring adventurers took to the slopes in Mungret College, sledding down icy hills on boogie boards, plastic sheeting and washing baskets.

People out sledding down hills at Mungret College with boogie boards and in washing baskets pic.twitter.com/w2hGfrInG4

A group of family and friends from Lithuania spent three hours building a 6-foot tall igloo together, also in the grounds of Mungret College.

Also met this group of friends from Lituania who spent three hours making an igloo pic.twitter.com/Ac50a3Br53

Fantastic snowmen have also been popping up around the city and county.

Lads it's Willie Snow Dea.There's a prize of a weekend pass to limerickspring 2019 for anyone who can come up with the decent likeness of Michael Noonan. Send us your snow politicians #limerick #beastfromtheast pic.twitter.com/4m8s1Pa8Xy

It seems like someone has done this before! Kazal Miah finely crafts his snowman along Steamboat Quay in Limerick this morning @Limerick_Leader #StormEmma pic.twitter.com/qp2SoT2e9y

@Limerick_Leader here is a nice picture for your newspaper!!! From Kilteragh in Dooradoyle Limerick City pic.twitter.com/3DOx02aCeb

Many readers have been kindly sharing their photos with us today. Keep them coming to us on Twitter @Limerick_Leader.