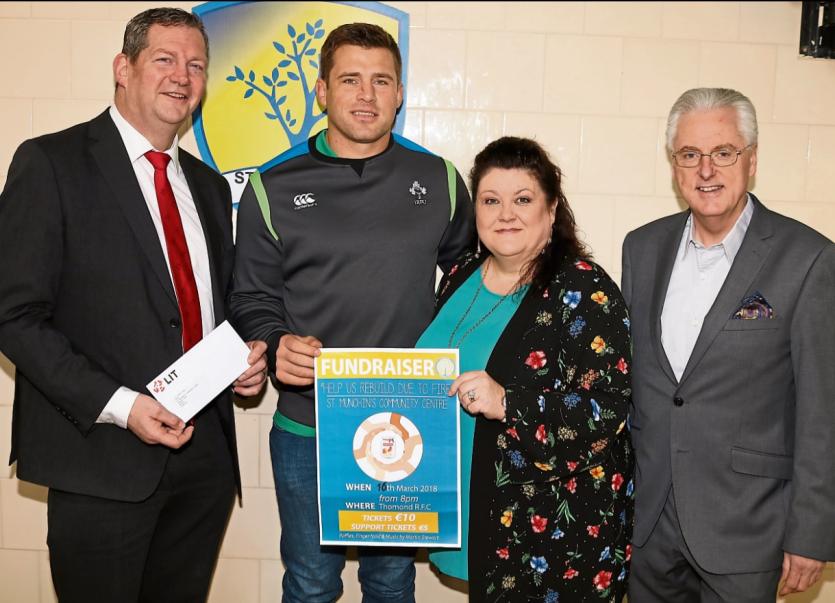 IRELAND and Munster rugby star CJ Stander this week visited a community in Limerick which always gives him a special welcome.

“I have always felt welcome here. It’s so nice to see everyone out here today,” said CJ, while he posed for selfies and signed autographs for eager fans including students from nearby Gaelscoil Sairseal and the St Nessan’s secondary school rugby side, while visiting St Munchin's Community Centre on Monday.

The community centre, which saw its beauty salon destroyed in a devastating blaze, has launched a fundraising bid to repair the facility — and CJ is helping out.

Fortunately, the damage was largely confined to just the salon and the reception – but it still left centre bosses facing a bill of €14,000 for repairs and replacements.

And this week, fresh from Ireland’s Six Nations win against Wales, the rugby star also showed his support by donating an Irish signed shirt which can be used for fundraising. 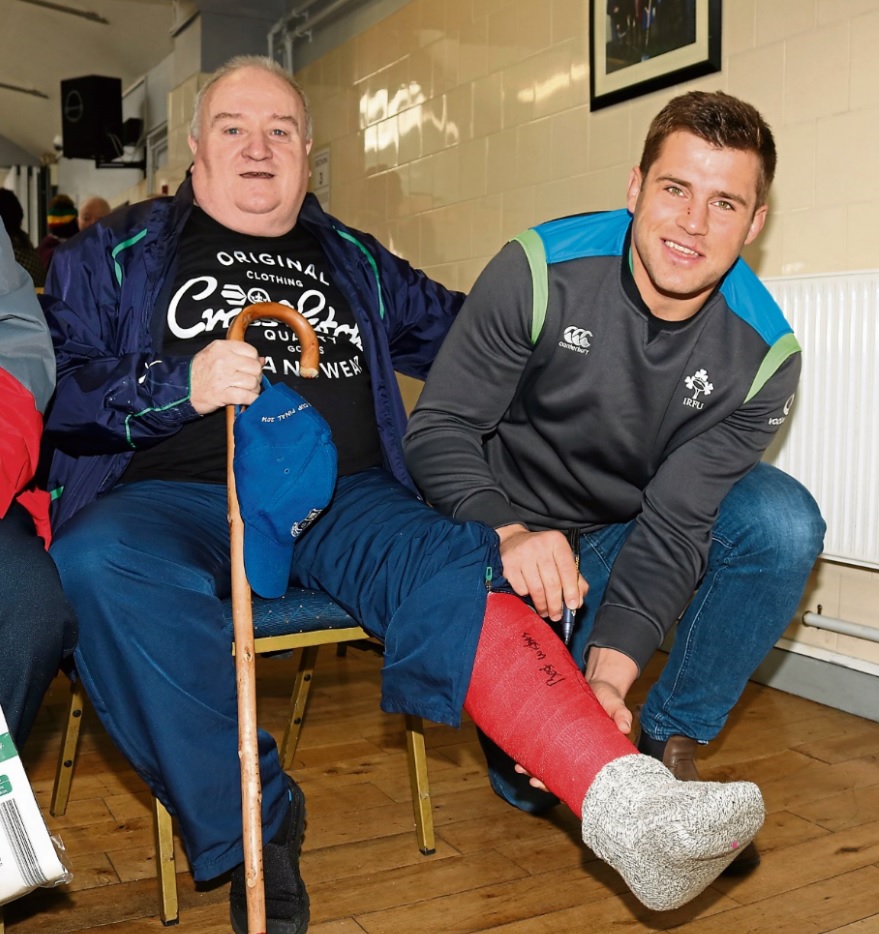 Thomond Rugby Club is also to host a fundraiser on the eve of St Patrick’s Day.​

Centre manager Linda Ledger revealed many electricians were donating their time for free to get the reception and beauty salon back to normal. “Despite this, we must buy our own stock. The bill for the reception coming in is massive. It has to be tiled with non-slip tiling which is huge. That’s the dearest part of it. But as well as the electrics, we need around €4,000 to replace our stock. We're going to the beauty show this weekend for equipment for the beauty salon,” she explained.

Dr Liam Browne, vice-president for research, enterprise and development at the Limerick Institute of Technology donated €1,000 from the college to get the fundraising ball rolling. He said: “The work that is done here in St Munchin's is inspiring. It's great the work they do with all ages of the community, especially the elderly people We were devastated when we heard about the fire.  We are neighbours in the same parish. Lots of our students would have grown up round here.”

Also present was Senator Kieran O’Donnell, who said: “This is a great cause. Everything they do in St Munchin’s is very much around the community. If you look around it all, the people living here, the parish priests, and people across the rugby club, it’s all excellent.”

“CJ epitomises everything that is good about Munster rugby and everything that's good about Irish rugby,” Mr O’Donnell added. The fundraiser will take place in Thomond RFC’s grounds in Ballygrennan from 8pm on March 16. Entry will cost €10, while those who do not plan to attend can buy a ‘support ticket’ for €5. Prizes will be raffled on the night with all money going to St Munchin’s Community Centre.