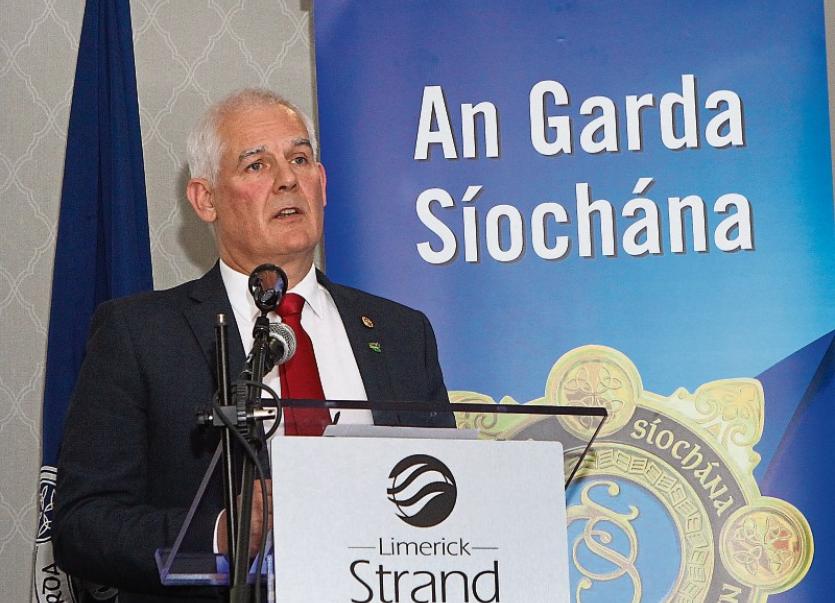 THE man who led a number of major investigations in Limerick which culminated in the successful prosecution of several gangland figures – including the murderers of Roy Collins and Shane Geoghegan - has said the “hard yards” gained by his colleagues between 2010 and 2014 were crucial to the convictions.

Tributes have been paid to the former head of the Limerick garda division, David Sheahan, who has taken up his new role as Assistant Commissioner with responsibility for roads policing and major event management.

Speaking at an event at the Strand Hotel at the weekend, the former chief superintendent said he will miss Limerick but is looking forward to the new challenge.

Following his appointment as chief superintendent in 2010, David Sheahan oversaw a number of major investigations which culminated in the successful prosecution of several gangland figures – including the murderers of Roy Collins and Shane Geoghegan.

“I have to say the hard yards we did between 2010 and 2014 paid dividends - the  torturous  days,  hours and nights,” said Asst Comm Sheahan who added the social regeneration of the city over the past decade has been hugely significant as was the allocation of extra gardai in the wake of the 2006 Fitzgerald Report.

Speaking at the farewell event, Conn Murray, CEO of Limerick City and County Council spoke of the close working relationship he had with David Sheahan.

Bernard Gloster, Chief Officer with HSE Mid West,  also spoke of the strong relationship he had with David Sheahan while Deputy Michael Noonan said he first came across the now assistant commissioner in 1984 when he attended a passing out parade at the Garda Training College in 1984.

“I was a young minister for justice and the distinguished young recruit who headed the class and got the Commisioner’s prize, which I presented, was a fine looking young fella called David Sheahan and you knew from then that he was going to go the distance,” he said.

Denis Brosnan, chairman of Limerick 2030, said the work done by David Sheahan in turning Limerick into a safe city was vital: “You will be remembered in Limerick for giving that safe environment where a job became more important than a perhaps a life of crime,” he said. Anne McCabe, the widow of Detective Garda Jerry McCabe attended the event as did Mary Geoghegan – the mother of Shane Geoghegan who was murdered in 2008.