UPDATE: Taoiseach's briefing on Project Ireland 2040 at the University of Limerick cancelled due to weather 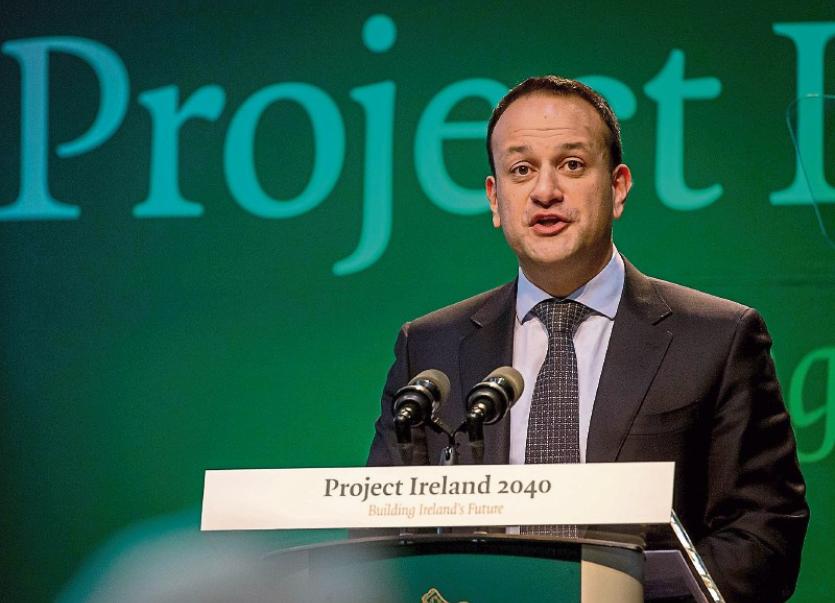 TAOISEACH Leo Varadkar's planned visit to Limerick this Friday to address the multi-billion euro Ireland 2040 programme has been cancelled due to expected adverse weather.

Mr Varadkar was expected to join government colleagues at the University Concert Hall to give a briefing on the capital plan, which he unveiled in Sligo a fortnight ago.

But with a status red warning being in place across Munster between now and midday on Friday, the government has cancelled the event.

There had been criticism of the Government this week over the money its new Strategic Communications Unit has spent on publicising the 2040 proposals, with some opposition TDs accusing Mr Varadkar of running a “propaganda” campaign.

The proposals have had a mixed response locally. Among the bonuses for Limerick in the plan is a commitment to fund the planned M20 motorway between here and Cork to the tune of up to €900m.

Elsewhere, there are plans for a new €210m Maternity Hospital, a new 96-bed unit at University Hospital Limerick, a new ambulance base for Limerick and the M20 Limerick-Cork motorway have all been included in the government's Project Ireland 2040, it has been announced.

On regeneration, government is planning to prioritise refurbishments and the delivery of targeted, high-quality new housing construction, along with a continued focus on community and economic supports".

An additional €170m will be set aside for this plan, with a completion date of 2023.

A high-speed rail line between Dublin and Limerick is also being considered.  The NDP also includes the development of the Atlantic Corridor, a high quality road network between Limerick, Cork, Galway and Sligo.

The N21/N69 Adare to Foynes is also part of the Government's proposals for the next decade.

The €210m relocation of the University Maternity Hospital Limerick and the €25m 96-bed ward block have also been included.  A new ambulance base, expected to be located near the Maldron Hotel on the southside, is set to be built as part of the capital plan in Limerick.

The construction of a new wing at Limerick Prison and the development of a new Munster female prison in Limerick will commence in 2018, the plan says.

Training facilities will also be developed at Sarsfield Barracks.

Mr Varadkar’s visit comes against the backdrop of criticism of the project from Chamber chief executive, Dr James Ring.

He said the proposals is a worrying confirmation of the Mid-West’s lack of political influence at national level", adding: “We have begun to experience life after Michael Noonan at the Cabinet table.”

But Limerick’s most senior politician at the moment, Junior Minister Patrick O’Donovan hit back, saying: “You can be sure I will be working constantly to help us achieve new goals and continue the positive development of our home place.”

It is the second time in under two months that Mr Varadkar has been in Limerick City.

In January, he announced new jobs at H&MV Engineering in Plassey, before visiting St Munchin’s Community Centre, and addressing the Shannon Chamber.