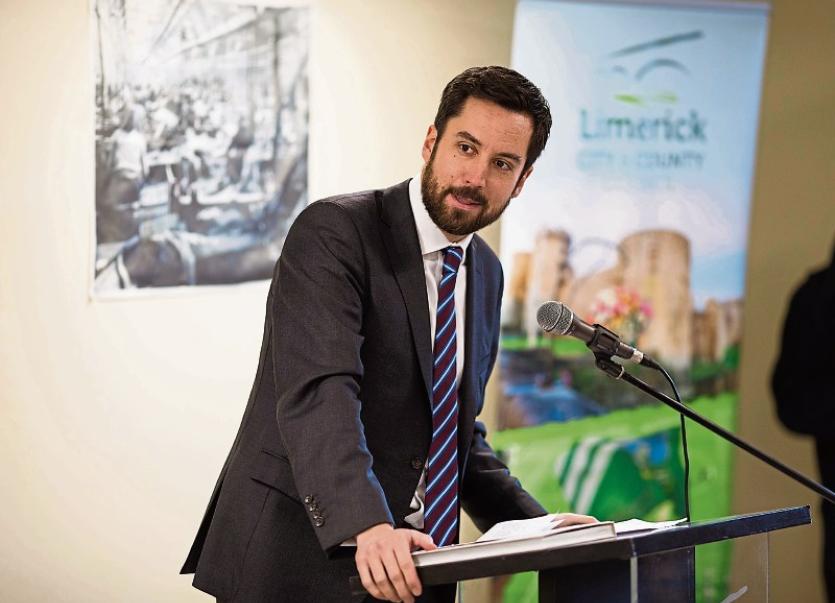 A WHOPPING €322m has been spent on rebuilding Limerick’s most disadvantaged communities since the inception of the Regeneration programme in 2007, the Limerick Leader can reveal.

But in the 10 years of the programme’s existence, just 221 homes have been built in St Mary’s Park, Moyross, Southill and Ballinacurra-Weston. An additional 543 homes have to be built by 2023.

And though a spokesperson for Regeneration has said progress has been made, there has been mixed reaction from Limerick City TDs on its success rate over the past decade.

Up until the end of 2016, there was an average annual spend of €28m on physical, economic and social developments in the four areas.

The Department of Housing, Planning and Local Government, which confirmed the €322m spend, said that it paid €42.8m to the council for Regeneration in 2017.

And the National Development Plan, launched last Friday, outlines that a further €170m will be allocated to the programme by 2023.

Minister Eoghan Murphy recently told the media in Limerick: “I think if you look at regeneration areas, these particular developments here, and I’ve been to other regeneration areas in other parts of the country, they are working.”

But Fianna Fail TD Willie O’Dea has said that “not nearly enough [work] has been done to justify the amount of money that has been spent”.

Deputy O’Dea told the Leader that there “doesn’t seem to be a proper driving force” behind Regeneration’s implementation.

“There is a lack of interest, and it’s something I am going to take up directly with the new Minister,” he said.

He added that it “speaks volumes” that recent CSO statistics show Limerick remains the worst unemployment blackspot in the country.

“If we don’t get on with it and do what has to be done, we are only going to perpetuate or, maybe, increase inequality,” he stated.

A council spokesperson said a “significant amount work” has been done to address “long running and deep rooted social problems.

“It is important to say that much of this work takes place ‘under the radar’ due to its particular and, sometimes, very personal nature. Deep-rooted problems can in some instances take generations to solve. While the supports may not be highly visible, if you took them away, you would certainly see the impact.”

Sinn Fein TD Maurice Quinlivan said that the rolling out of regeneration is moving “at a snail’s pace”.

Figures received from the council show that 1,072 houses have been demolished and 221 new units constructed since 2007. The extra 543 homes “are currently in the various stages of design and planning”.

Deputy Quinlivan said: “This demonstrates quite starkly, whilst good work has been done, a lot remains undelivered. This deficit would lead to a housing crisis in any city in normal circumstances, but with the national housing crisis, the problem is particularly bad in Limerick.”

Labour TD Jan O’Sullivan, who unveiled the Limerick Regeneration Framework Implementation Plan as Minister of State for Housing and Planning in 2013,  said there have been a number of positive developments.  But she said that economic development “needs much more focus”.

“We have come out, as a country, from the economic hole we were in following the collapse of the so-called ‘Celtic Tiger’, especially when it comes to jobs but this still hasn't reached many people in the parts of Limerick that regeneration was designed to help and that is where the focus must go now,” she said.

In an in-depth investigation into Regeneration in August 2016, the Limerick Leader revealed that €258m had been spent on the programme.

Some major projects started and completed since then include 81 new units at Lord Edward Street; Hyde Road apartments; start of 42 units at Churchfield; start of expansion of Moyross Community Enterprise Centre; commencement of Child and Family Centre in Roxboro; opening of Iceland at Watch House Cross; the launch of Engine; and 50 new jobs in Galvone.

A spokesperson for Regeneration told the Leader that “a considerable amount of work has been carried out as part of the Regeneration project, most notably since the adoption of the Limerick Regeneration Framework Implementation Plan in 2014. We are putting the pieces in place to create sustainable communities that will play a crucial role in the Limerick of the future. Progress has been made and Limerick City and County Council will continue to work and make further progress, working with communities and the various other stakeholders, from the public and private sectors in the four areas.”