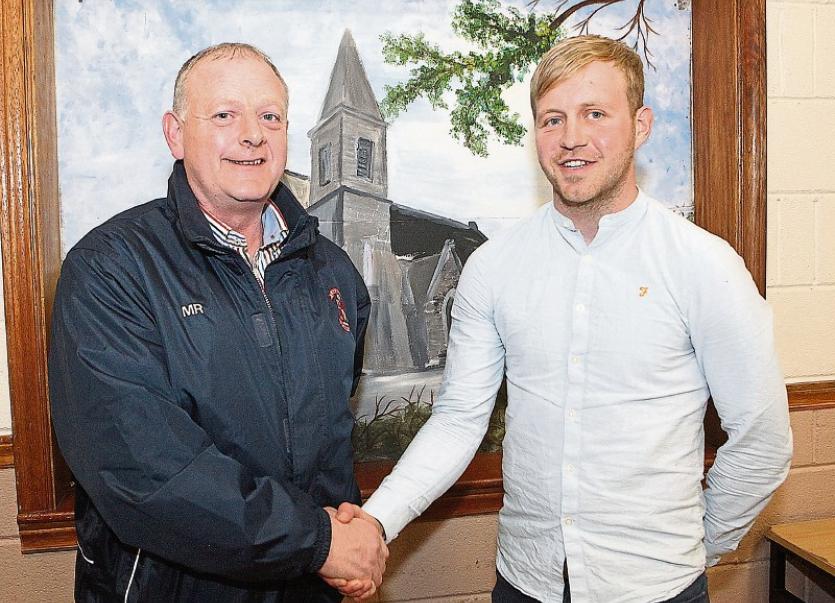 EVERY Monday night for the last five weeks up to 150 men, women and children have been walking around Doon GAA’s field in hail, rain and snow as part of  Operation Transformation’s Ireland Lights Up.

But as well as encouraging physical health through the walks and the club’s adult and junior set-ups, they are also promoting mental health.

On Thursday night, over 100 gathered in the community centre to hear blind paralympic athlete Peter Ryan speak. Talented enough to make the Tipperary minor team in 2008, his life was turned upside down within 18 months. He was diagnosed with a rare eye condition –there are fewer than 20 known cases in the country – and he now has 5% sight.

With his promising hurling career over he understandably became bitter and began drinking too much. A spell in an alcohol treatment centre put him back on track to sporting excellence and he is now an Irish paralympic cyclist. Peter is an inspirational speaker and he had the crowd in the palm of his hand in Doon. His talk was a follow on from Armagh legend Oisin McConville’s visit last year and the club plan to have a speaker in every six months.

“The Peter Ryan talk would not have been possible without the work of Marie. She and the club want to promote the importance of mental health from underage up to the seniors,” said Audrey.

She said Peter’s story is one of “amazing resilience”.

“He gave a very honest talk straight from the heart. He spoke about the work he does, especially with youths to help them find a road back from life’s challenges. We had a great turn-out on the night of all ages – from 12 upwards. While he spoke you could hear a pin drop. He captured the attention of all age groups.

“He spoke about the dark parts in his life and how it made him realise than if he puts his mind to any challenge he can do it.

They were all very impressed by how honest was and how it is always good to talk.

Peter is a young man on a mission to show other people with disabilities how to bounce back from adversity. He is also an accomplished public speaker for some of the worlds leading business and philanthropic organisations on overcoming seemingly insurmountable adversity and we were delighted to have him in Doon,” said Audrey.

It isn’t too late to lace up for Ireland Lights Up. The last of the six weeks of walking around Doon GAA field is on this Monday evening.