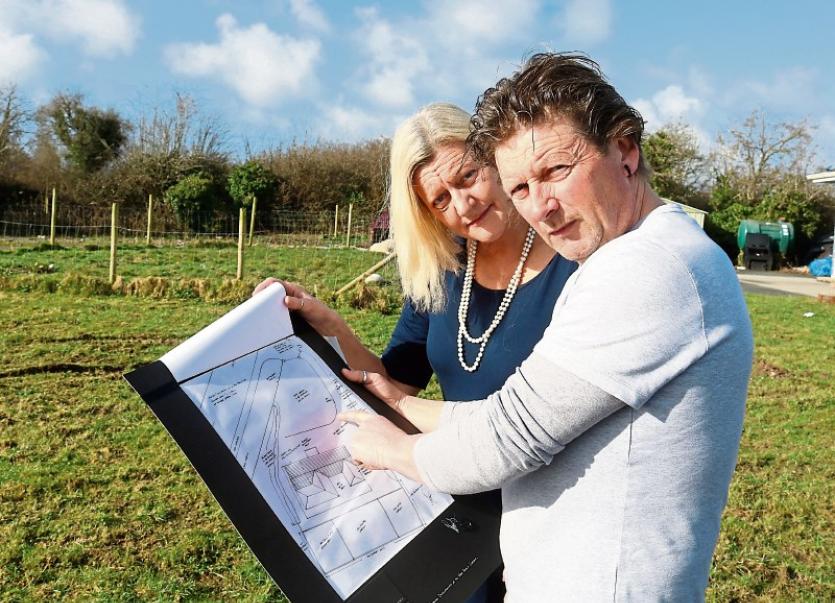 Marie O’Keeffe and Des Kingston look over the plans for their Garden of Hope in memory of Marie’s husband, Willie Nash

THIS year’s award-winning Super Garden, designed by Des Kingston, is to be re-imagined and recreated as a Garden of Hope in Newcastle West.

The aim, say Marie O’Keeffe whose one-acre garden on the edge of town is the location for the project, is to create a place of healing and hope , a resource for people bereaved by suicide and those coping with addiction. But she and Des are also hoping it will help raise awareness about suicide and addiction and will, through various open days, help raise funds for Pieta House and the Saoirse Addiction Centre in Limerick. 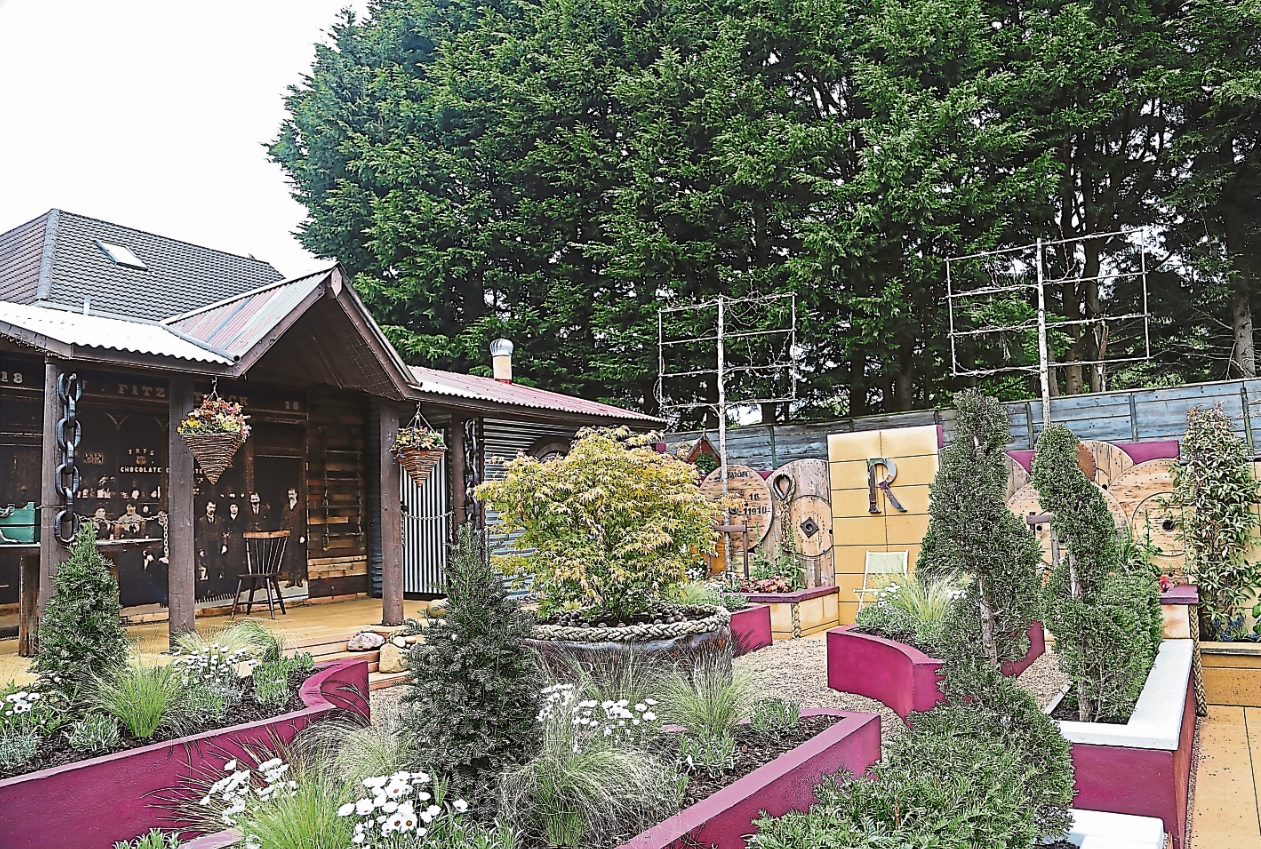 Marie and Des have each received vital support from these charities: Marie following the death by suicide of her husband, Willie Nash, last year and Des after he decided to get clean and sober four years ago.

Des dedicated his show-garden at Bloom 2017 to his friend Willie Nash and it was his idea to bring the garden to Willie’s family home instead of to his own home in Ballyneety. “The plan is to reinterpret the Bloom garden in a more classical style,” Des explains. “This is a much bigger space and it demands a different lay-out.”

However, the vital centre of the  Bloom garden, which won a silver medal,  will be re-created as a feature garden at the rear of the Nash home. It will sit between a new water garden which he will create and a new home for the family’s two dogs. A new patio area is also in the plan for the back-garden while to the front, there will be a new, new paving and new planting.  entrance. “The front garden is going to be quite formal with a lot of clipped hedging and topiary with a lot of herbaceous planting lending scent and colour.”

But, insists Des, it is going to be low maintenance.

And already, offers have come in from local gardeners willing to do the regular maintenance under Des’s direction. “We are going for a very high-quality finish,” he says.

“We are getting huge pledges of support and materials and volunteers,“ he continues. There are some groundworks to be undertaken first on sewerage and drainage and that is well underway with volunteer labour from the local rugby club.

But Des expects to be on site from the beginning of March. “I would hope for completion by the end of the summer,” he says.

When the garden transformation is complete, its purpose will come into its own.

“The launch will be an Open Day for Pieta House and for Saoirse,” explains Marie. Earlier this month, Marie and her four children and over 100 people from the community commemorated Willie’s first anniversary with a ceremonial turning of the sod for the  Garden of Hope.  It followed a very moving anniversary Mass during which Marie spoke openly of their loss and and of their ongoing struggle as a family bereaved by suicide.

“The loss was profound but it resonated throughout the community,” she says of her husband’s death.  And she is quite clear she “would not be standing” but for the huge, compassionate, non-judgemental support she has received from Pieta House.

Surviving was, and still is, horrendously difficult. But says Marie: “One of the big lifts of 2017 was watching Des on the Super Garden reality show. Then Des invited me to Bloom where there was a beautiful piece dedicated to the memory of his friend, Willie.”

Ultimately, their hope is that the garden would be home to a stand-alone centre which could be used for bereavement or addiction counselling. “We want to bring Pieta House and Saoirse to Newcastle West,” Marie explains.

Already, Marie is determined there will be an annual Open Day for Pieta House on her husband’s anniversary and the garden will make for a good tie-in in with the annual Darkness into Light walk in Newcastle West.  “We are already on the route,” she points out.

Des is equally passionate in his championing of Saoirse. “I was in that dark place where I couldn’t put one foot in front of the other. I was so depressed and so addicted that fear, terror, completely consumed me,” he explains. “I had sunk so far in addiction I didn’t want to get better. I wasn’t going to change by myself because I had given up hope.”

Fortunately for him, his wife Kathleen and family intervened and he was convinced to seek help through Saoirse.  “We have a huge capacity for pain,” he says now. “People need to know there is a way to find peace of mind. But you have to take action.”

Recovery, either from addiction or from suicide bereavement, he believes is a slow process. And happily for him, creativity has played a positive part and he has thrown himself in designing and building his own garden in Ballyneety and then into the Super Garden and Bloom project.

But both Marie and Des stress the need for people to reach out and to seek help. And, they are at pains to emphasise, there is plenty of support and help out there.

For their part, they are now committed to raising awareness of suicide and addiction through the Garden of Hope.

They are grateful and happy with the offers of help and support they have gotten so far and will accept any offers that come their way. But they would love to get one major sponsor so the project could move ahead swiftly.

Donations can be made to a special Desmond Credit Union Account, at North Quay, Newcastle West.