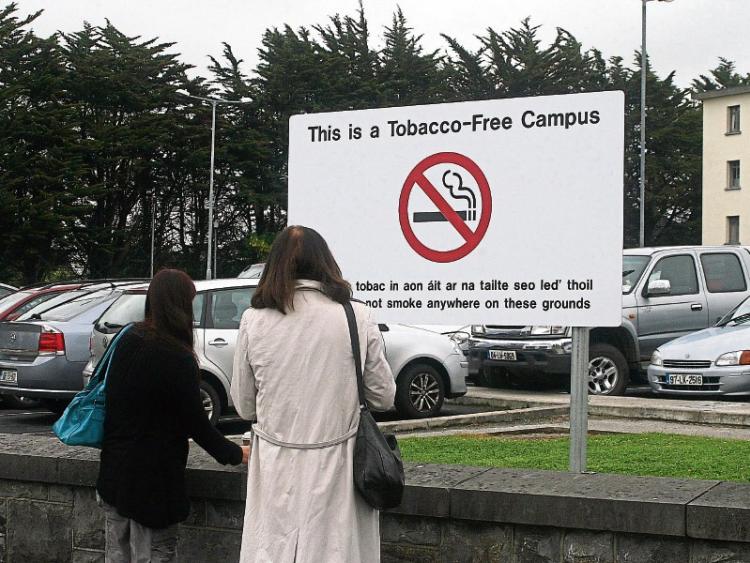 Cllr O’Hanlon’s suggestion is unlikely to be taken up, with UL hospitals chief Colette Cowan saying it goes against HSE policy

Fianna Fail councillor Kieran O’Hanlon has caused sparks to fly this week after suggesting health bosses in Dooradoyle allow smoking in a designated spot inside the boundary of the hospital.

He said: “It saddens me to see people outside the hospital in the middle of winter in their dressing gowns and their pyjamas.”

Typically, these patients gather at the gate, with the entire campus a tobacco-free zone since 2012.  Now, smokers lobby Forest Ireland has supported Cllr O’Hanlon’s call.

“Some people smoke to relieve stress and hospitals can be extremely stressful places for patients, visitors and even members of staff.  It's cruel to expect patients to go off site, often in their pyjamas, if they want to have a cigarette.  It also discriminates against those who are infirm or immobile,” the group said in a statement.

They added that allowing a smoking area inside the hospital grounds is a “reasonable compromise which shouldn't inconvenience anyone.”

"We thank Cllr O'Hanlon for his comments and hope the hospital will reconsider its current policy,” the group added.

While Cllr O’Hanlon’s suggestion is unlikely to be taken up, with UL hospitals chief Colette Cowan saying it goes against HSE policy, there has been support for his stance on social media.

“It is not right to have a patient stand outside the hospital grounds in the pajamas. The hospital signed them in as patients and should not be forcing then out to the main road,” wrote one contributor to the Leader’s Facebook page.