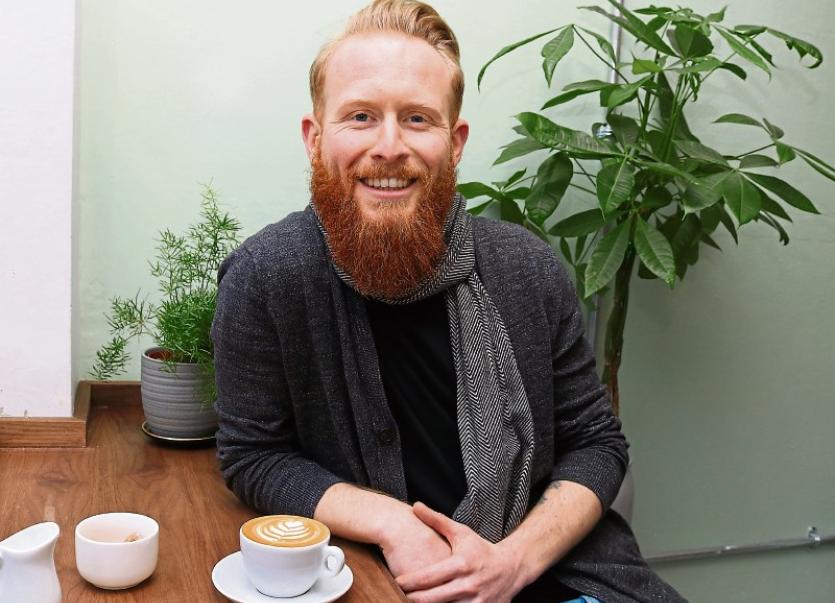 DALTON Greene, owner of Rift Coffee on Mallow Street in Limerick, sits in for the Limerick Leader business questionnaire:

Tell us a little bit about Rift Coffee:

Rift is focused on quality, and quality products. I’ve been working in coffee for a good few years now, about seven or eight years, always with the ethos of trying to make the best tasting product possible really. I’ve learned a lot about coffee and my goal is always the taste really. The best quality ingredients, best quality product, and then just try and serve that to people.

What does your own role entail?

I’ve always liked working in hospitality settings so I get to work with people, I’m quite social. I enjoy meeting 100, 200, 300 different people everyday and chatting to them. Also helping, by giving them something good in their day. Something as simple as their morning routine, their cup of coffee and making sure its tasty.

I was born in Ballinasloe, raised in North Tipperary. I’ve been living in Limerick for the last five years or so. I’d also gone to boarding school in Limerick so I’ve been here a fair while.

I always had an interest in languages, and I’ve always worked really. I didn’t want to go straight into college after I left school because I didn’t know exactly what I wanted to study, I didn’t want to just jump into a course without wanting it, then I just worked a lot and just tried to figure out what I enjoyed.

Coffee really started as a hobby, so it was just kind of a past time. I learned a lot about it, and then I ended up falling into it. I became a coffee trainer in Dublin and just kept working in the industry. I wanted to get more hands on experience behind a machine, and with people so then I started in Canteen (restaurant on Catherine Street) to try and improve their coffee offering and then I kind of just went from there. I decided I wanted to set-up my own place, and give it a real go.

Why did you decide to set up the company?

I had originally set up as a sole trader to try and do pop-ups and markets but that was with a little bit of difficulty, it's hard to get going with equipment, power, trying to plan with the council. It had been a plan for the last five years really,  to set up my own spot, but it only really came to fruition now. It just came to the time to set up and get going.

I’m going to start running some classes and doing some education around coffee. Apart from the regular Monday to Friday, giving coffees out to people, I want to create a bit more value and show people what we’re trying to focus on quality wise, how to taste coffee, how to brew coffee, things like that. Not just serving coffee but for people who are interested classes so that they can learn a bit more about it if they want. So that’s my main goal and then I’m hopefully going to be roasting with another company soon, so a little bit down the line I’ll be able to offer my own coffee as well.

You don’t really know until you start, how impressive people who go out and start their own business are. I was lucky because I had a good support network and a lot of people who helped me but even still it's quite a lonely place, and quite scary and there is no certainty so to be honest, any one who starts their own business or their own company is really, really impressive and anyone who is successful, or even if they fail, there’s just so much admiration there for people who give it a go.

It’s all about quality. Coffee helped me enjoy everything else as well. When I started delving into the quality side of coffee, I found I appreciated food way more.

I’ve loads! Most recently I’ve started getting into vintage bicycles, which is very typical of a hipster in the coffee scene! It started from just needing to have a bike and not ride my fiancees all the time, and then I usually do a lot of research on anything I buy. I found the old steel bikes from the 1970s, 1980s really interesting.

I just finished a project where I bought an original frame from 1978 and I did a period-correct build. All the components from the same era. It took a while to source the parts. I built it on Christmas Eve and cycled out to my fiancé's house on Christmas morning.