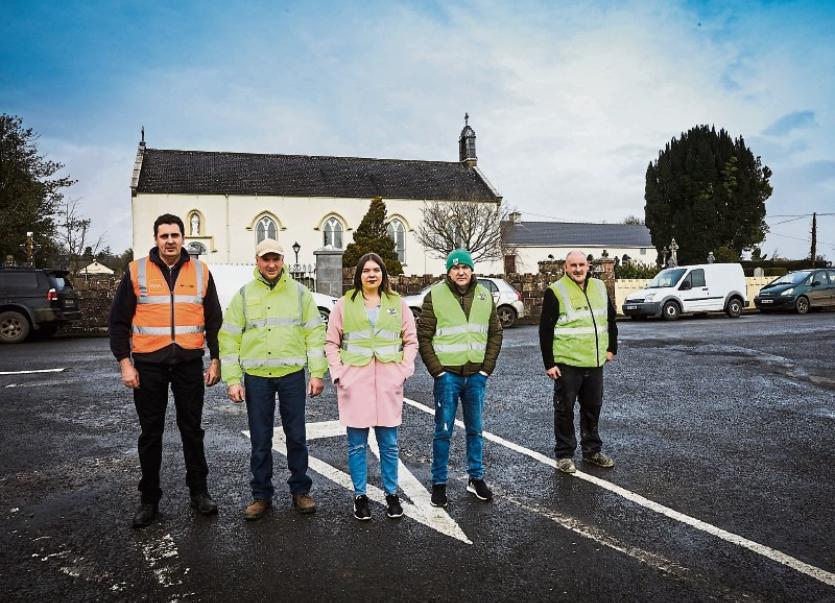 INSTEAD of reading the Gospel during a Mass last July a County Limerick priest was forced to preach a message of crime awareness.

Fr Michael O’Shea, parish priest of Kilfinane, Glenroe/Ballyorgan and Ardpatrick, asked Mass-goers to leave the Our Lady of Ransom church in Glenroe church to bring in their mobiles phones if they had left them in their vehicles.

He was reacting to three cars being broken into during a Saturday evening Mass. Laptops and iPhones were taken. It is always a worry that you forget to put the phone on silent and it rings in church. Many leave them in the glovebox for fear of embarrassment.

But now Glenroe/Ballyorgan Community Alert have come up with an innovative way of deterring crime in their parish by patrolling the car-parks in Glenrore and Ballyorgan at Mass times.

It simply involves a rota in which local people give up their time to walk around the car-park, making sure that there is no suspicious activity going on. It also wards off potential thieves.

Cllr Lisa Marie Sheehy, chairperson of Glenroe/Ballyorgan Community Council and the co-ordinator of the Community Alert, said it is a “disgrace” they have to do this but “sadly it's a reality”.

“We are like every other rural community in the country. We have been touched by crime but we have decided to bring the community together in order to make everyone feel safe,” said Cllr Sheehy.

Their scheme has garnered so much attention that Cllr Sheehy said gardaí in Henry Street were getting worried they were setting up a vigilante group!

“Our Mass patrols are just one part of our Community Alert activities like text alerts, community alert signage, senior alarms, filling out log books, public meetings and giving advice to light up homes and keeping safe is all part of what we do,” continued the 24-year old.

Cllr Sheehy stresses that Glenroe and Ballyorgan are safe places to live.

“Like other communities we have had incidents that we want to stop happening in the future. We are all proud of where we are from and it’s a pity that we have to do this but the gardai are not there to patrol so we feel we have to fill the gap,” concluded the Independent councillor.