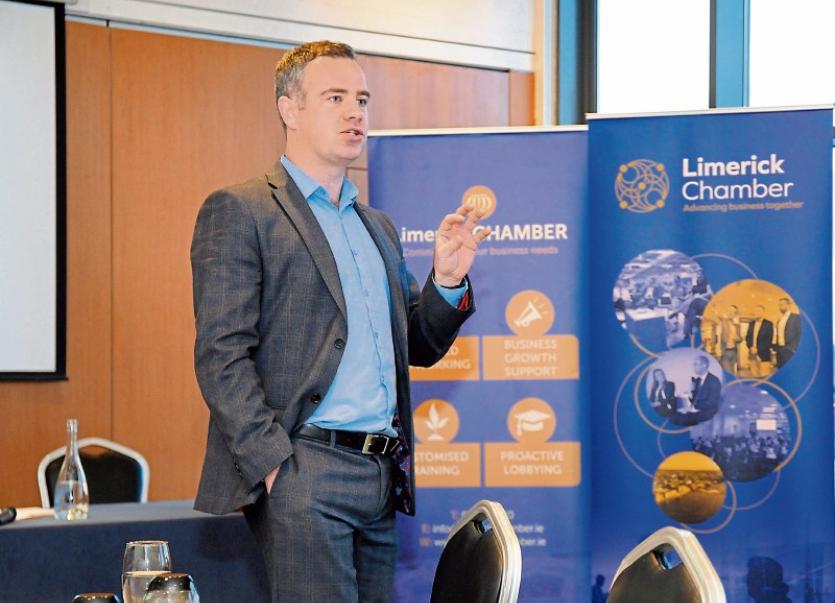 THE Limerick Chamber chief executive says the government’s capital plan has “more or less turned its back on” the Mid-West region.

In a strongly worded statement, Dr James Ring says the multi-billion euro blueprint – launched last Friday – also represents a “worrying confirmation of the Mid-West’s lack of political influence at national level”, adding, “we have begun to experience life after Michael Noonan at the cabinet table.”

While acknowledging the influence of Minister Patrick O’Donovan in advancing the region’s case in relation to some of the positive elements, not having representation at the cabinet table is very much apparent in Project Ireland 2040’s outcome for the Mid-West, Dr Ring argued.

Headline measures in the plan include funding for a new maternity hospital, a new 96-bed unit at University Hospital Limerick, a new ambulance base for Limerick, the M20 motorway linking the city with Cork, and the N69 Foynes Road upgrade.

Although he welcomed these elements, Dr Ring says deeper analysis of the announcement suggests the region’s capacity to address “current economic imbalance” in Ireland has been ignored.

“This is a missed opportunity,” he added.

“Now that the level of fanfare coming out of Sligo on Friday last has down, we’ve had an opportunity to more clinically assess Project Ireland 2040.

"The conclusion is, unfortunately, that it is going to do very little, if anything, to reverse the massive economic imbalance on the island of Ireland. The key objective is to create a new Ireland with opportunity for all but the reality of what we have seen is that it is going to create a lot more opportunity for those in Dublin and the Greater Dublin Area in particular than the rest of the country,” he said.

Dr Ring added: “This region has been one of the great torch-bearers of the recovery, largely due to an unprecedented confluence of positive change across various and key stakeholder organisations and institutions. We have not alone seen houses put in order but very coherent plans put in place and the result has been record job growth and investment.

"The Mid-West has shown the way forward in many respects but Project Ireland 2040 has more or less turned its back on it.”

The Chamber boss said the key projects outlined in Project Ireland 2040 were already previously flagged up.

On Shannon Airport, he said: “It has plenty of extra capacity and its growth over recent years has mirrored that of the regional economy, which is no coincidence. This is an invitation to government to support Shannon and other airports in the regions but despite this, Project Ireland 2040 fails to come up with any proposal to try and steer even a small percentage of Dublin Airport’s monopoly away. Reduce Dublin’s share to 80% and that would mean over 1.5m extra passengers to the rest of Ireland’s airports; this would be a game changer.

"Not alone does Project Ireland 2040 fail to do anything to spread aviation growth but the only airport with capital investment identified is Dublin, through a second runway, a metro link and a new control tower.  That’s a total investment worth somewhere in the order of €3.5 billion.”

Dr Ring warned the framework will “not change anything”.

“We started the process full of optimism as this was a chance to make a real difference, to introduce some really smart initiatives to prioritise national growth through the regions and ease pressure on Dublin in the process. It is a huge missed opportunity and one that, for this region in particular, confirms the lack of political influence we have,” he concluded.